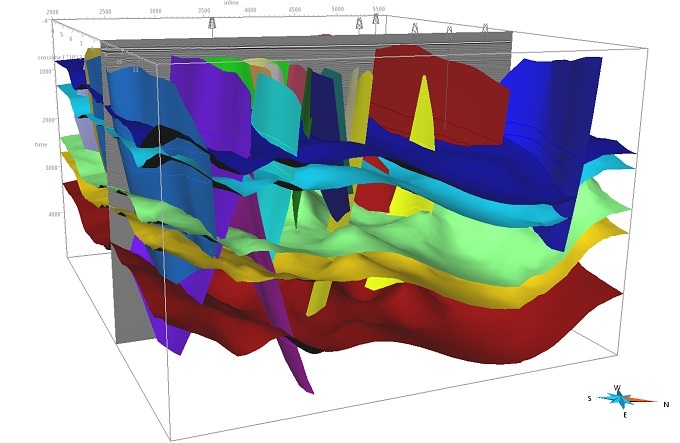 HITA has already applied the software to integrate all existing data sets, use velocity data to convert data sets from time to depth domain, and generate structural models. The models provided the base for a thorough understanding of the target reservoir’s subsurface. For a project in the city of Turnhout, a detailed 3D structural model was created of the target reservoir in the lower Carboniferous limestones. HITA is currently working on three locations for which 3D seismic acquisition was performed.

While the SKUA-GOCAD modeling software has traditionally been used in the oil and gas sector, it is also applicable to geothermal energy and carbon capture and storage projects, according to Emerson. Well, seismic, micro-seismic, production, geology and trend data are all integrated in a modeling system that exponentially increases stratigraphic and reservoir model accuracy, and provides optimal reservoir grids for the computation of flow.

I wish I had one of those models at my place so I would know where the water is so I could drill a well. I wonder how they are able to get all that seismic data? The oil companies sure wouldn't give it up.