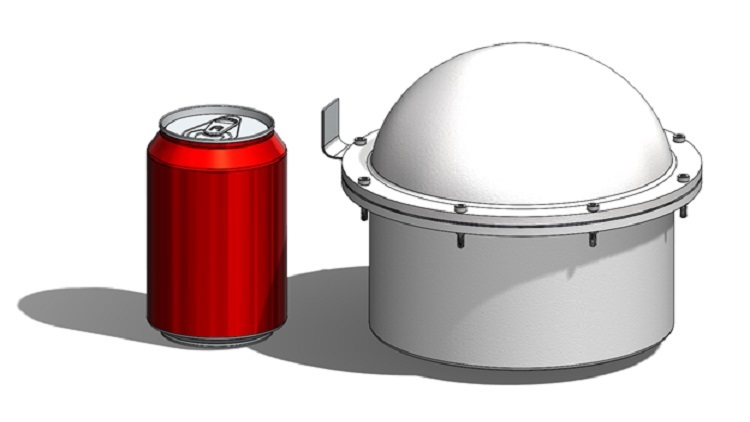 The NITE heat generation subsystem next to a soda can for scale. Source: Masten

The harsh conditions encountered on the Moon include temperatures as low as -232° C (387° F) and necessitate efficient heating systems to ensure the survival of crew and equipment. Flight computers and payloads, which typically require a minimum operating temperature of -40° C, have thus far been thermally maintained with batteries and fuel cells, which incur high mass burdens and have relatively short service lives. Some lunar missions have relied on radioisotope thermoelectric generators, which impose different constraints in terms of safety, cost and radioactivity hazards.

An effective, simpler heating system engineered by space technology company Masten uses exothermic chemical reactions to keep lander electronics warm during the frigid lunar night. Affixed to landers or rovers, the Nighttime Integrated Thermal and Electricity (NITE) system yields both heat and power through oxidation of metals using propellant margin from the lander’s propulsion system. Reaction products are recycled to maximize thermal and electric energy return in a system that autonomously operates when temperatures fall below a specified threshold and can be deactivated during the lunar day to prevent overheating.

NITE has the advantages of producing more heat than an equivalent battery system at 1,900 Wh/kg but is seven times lighter. It can warm landers and other craft or equipment for over a year with sufficient onboard oxidizer or oxygen from lunar water at considerably lower economic and payload cost compared to batteries.

By posting a comment you confirm that you have read and accept our Posting Rules and Terms of Use.
Re: A (safer) way to keep warm on the Moon
#1

A Thermopile would be lighter and simpler.

The temperature difference between the sunny side and dark side of the device would provide plenty of power to keep devices warm.