A robot developed in 2017 by researchers from Ben M’sik Hassan II University in Casablanca, Morocco, that extracts venom from scorpions has now been patented.

The VES-4 is a lightweight and portable machine designed for use both in the lab and out in the field for milking scorpions of their venom. 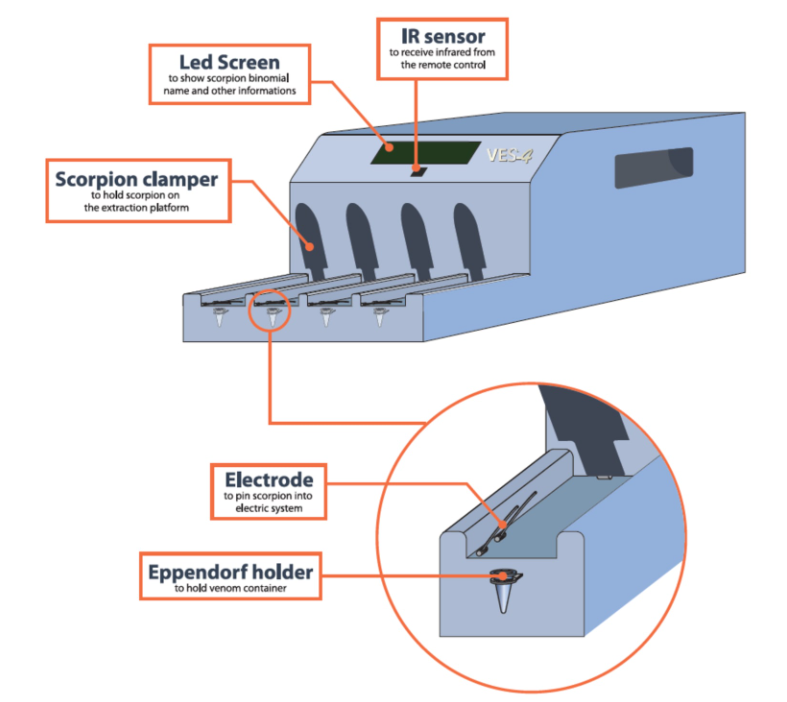 According to the patent, the machine autonomously holds down the scorpion’s tail and applies an electric current to produce droplets of venom, which are collected in an Eppendorf tube situated below the scorpion.

The VES-4 is expected to automate the dangerous task of milking scorpions of their venom, which has reportedly proven effective as an immunosuppressant and as an antimalarial drug. Additionally, venom from the Deathstalker scorpion reportedly attaches itself to cancer cells, lighting up tumors when mixed with a fluorescent dye.

In addition to eliminating the risk involved in manually extracting scorpion venom, the researchers suggest that the machine would also reduce the amount of manual labor that goes into extracting just one gallon of venom — which would, according to the researcher, require the milking of 2.64 million scorpions.

By posting a comment you confirm that you have read and accept our Posting Rules and Terms of Use.
Advertisement
RELATED ARTICLES
A Scorpion-Milking Robot
Outsourcing danger: The robots tasked with dangerous jobs
A New Method to Extract Scorpion Venom
Snake venom gel promises to stop uncontrollable bleeding
Tarantula venom possible alternative to opioids
Advertisement