When the U.S. Department of Energy’s (DOE's) SLAC National Accelerator Laboratory turned on the world’s first hard X-ray free-electron laser in 2009, it marked the beginning of a new era in science — one where researchers could directly observe the ultrafast motions of atoms in real time and study how those motions affect the properties of materials and fundamental processes in chemistry and biology.

But the new machine, called the Linac Coherent Light Source (LCLS), also required a new breed of detectors that could handle the X-ray laser’s intense radiation and that were fast, stable and flexible enough to support a host of newly developed experiments. 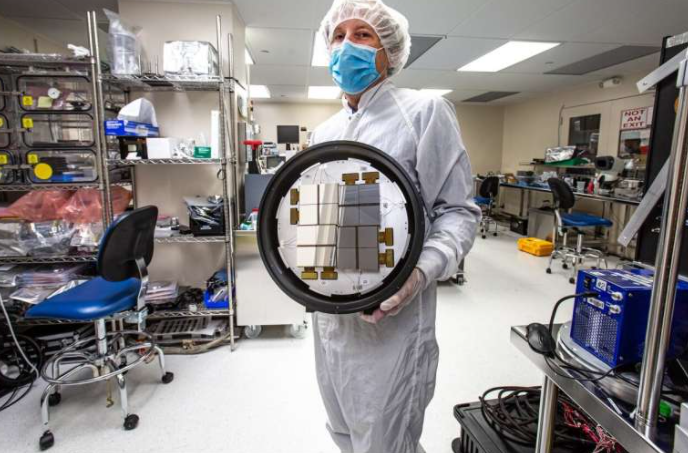 That’s when the idea for ePix was born — a new line of detectors that would soon become the workhorse for ultrafast X-ray experiments at LCLS.

“The choice was to either develop multiple detectors, each designed for a specific experiment, or to come up with a new detector platform that uses standardized components that we could mix and match to build all kinds of detectors with specific functionality,” said Angelo Dragone, SLAC’s program director of Detector R&D and Applied Microelectronics.

Today, that building-block approach is the centerpiece of SLAC’s vision for next-generation detectors that can keep pace with ever more demanding experiments at the lab, most notably with an LCLS upgrade that will be 10,000 brighter and will fire 8,000 times faster than its predecessor. This year, ePix X-ray detectors were also named a finalist for the R&D 100 Awards.

A modular detector design for an X-ray source

In essence, all ePix detectors consist of a shared set of building blocks: X-ray sensors, application-specific integrated circuits (ASICs) that define detector functionality, electronics to read out signals, software to collect the data, cooling systems and mechanical housings. These common components have standardized interfaces and can be put together into individual detector tiles with different functionalities. These tiles can be further combined to build larger detectors.

Unlike the X-ray detectors scientists had before, ePix detectors are fast enough for LCLS's rapid sequence of ultrashort pulses, sensitive enough to capture both single photons and the full intensity of the X-ray beam, and stable enough to perform well over long periods of time.

Today, about 85% of LCLS experiments rely on ePix detectors. Over the last year, LCLS produced over a petabyte, or a trillion bytes, of user data—almost half of which were recorded using ePix detectors.

The first of the detectors was ePix100, which has ultra-low noise for the detection of faint signals and a small pixel size of 50 microns for high-resolution X-ray images. Over the years, the detector developers added many other ePix variants. Most recently, the detector designers deployed ePix10k, which can take almost 10 times more X-ray images per second than previous generations, is three times more sensitive and is available with up to 2 megapixels. Another version, ePixS, is especially well suited for spectroscopy applications that analyze X-ray light with very small differences in wavelengths, or "color."

Researchers at the Advanced Photon Source at DOE's Argonne National Laboratory and at the European XFEL in Germany are also using the technology, and other X-ray facilities in the world may follow. Rayonix, a company that develops X-ray detectors for research, has begun commercializing the technology, which will help make it more widely available.

Next year, the lab will turn on LCLS-II, which will fire up to a million X-ray pulses per second and generate a beam 10,000 times brighter than that of the first-generation X-ray laser.

One path forward is a line of detectors for extremely high rates of unprocessed data, called ePixHR. An advanced LCLS-II data acquisition system will compress data from these detectors without affecting the quality of the subsequent analysis. That's somewhat similar to producing a high-quality JPEG from a raw image that contains much more data. The team already has produced a prototype that can handle 5,000 images per second, and future versions will boost that number to 25,000 and eventually 100,000 images per second.

Another approach, called SparkPix, will allow researchers to take images at the same high rate that LCLS-II generates X-ray flashes. It takes advantage of the fact that not all data collected by the detector are equally important. Often only a few frames in a string of images contain actual X-ray signals, and some techniques only use a few pixels of a large image for the data analysis, so there is no need to read out and store everything all the time. SparkPix will process such data right inside the detector and extract only the information needed.