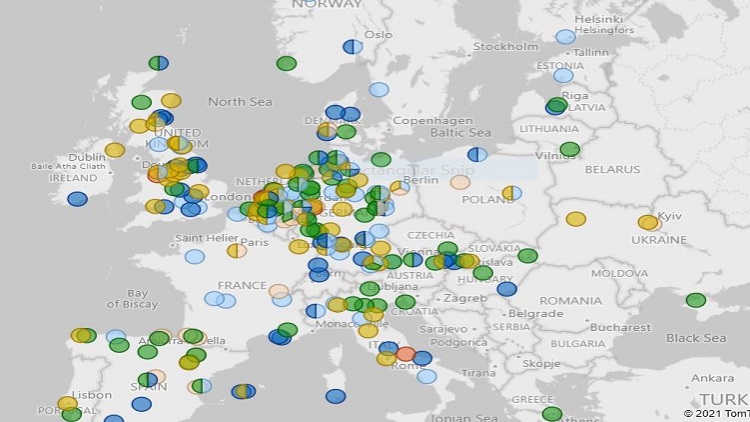 An interactive map that depicts renewable and low-carbon hydrogen projects in Europe has been developed by the European Network of Transmission System Operators for Gas (ENTSOG). The visualization platform is based on open-source data and provides an extensive overview of hydrogen projects along the gas value chain from production to transmission to end-use.

The interactive tool is designed to assist stakeholders and policy makers in achieving the goals of the European Union hydrogen and carbon neutrality strategies. The map showcases the location and status of retrofitting/repurposing existing infrastructure projects engineered to allow the injection of certain amounts of hydrogen into a natural gas stream, hydrogen at end-use projects and hydrogen production projects. The platform also reflects the development of hydrogen storage projects, including salt caverns and aquifers, and newly built infrastructure for transporting hydrogen.