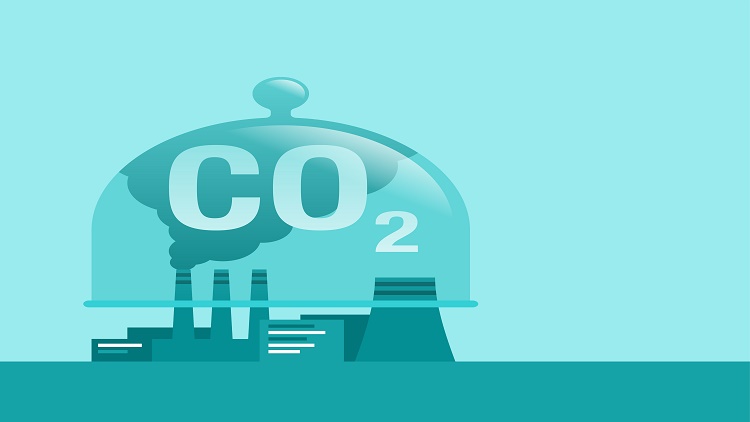 Across the globe, there is an intensifying call for an energy revolution. Never has there been more of a sense of urgency to shift away from fossil fuels to sustainable energy sources. As an example, the International Energy Agency (IEA) recently released their Net Zero by 2050 Roadmap for the global energy industry. This report outlined the steps the world needs to take to reach zero net total carbon dioxide emissions by 2050.

The primary focus of this roadmap is on renewable energy, which the IEA states will need to make up almost 90% of global electricity generation by 2050 to achieve emission targets. The report also notes that there is a need for at least 7.6 gigatons of CO2 emissions reduction through carbon capture and storage (CCS). To put that in perspective, in 2020 about 40 megatons of CO2 was captured by CCS (just over 0.5% of the 2050 target).

If the goal is to have the vast majority of power supplied by emissions-free energy, then why would such a significant increase in CCS be required?

There are a couple of answers to this question. Firstly, even if renewable energy was brought online on the recording-breaking pace set out by the IEA, the world will still be dependent on fossil fuels for the next several decades. CCS can retrofit existing power plants, therefore reducing CO2 emissions even while the renewable energy capacity is being built.

Secondly, fossil fuel power plants (such as coal and natural gas plants) are very flexible in their output. As such, there may be a place for them even in a renewable-energy prominent industry to help maintain a robust and stable electric grid.

To understand the need for CCS in both the energy transition and the eventual renewable energy-dominated landscape, it is helpful to understand the process of CCS as it stands today.

As the name suggests, CCS can be broken down into two primary steps:

1) Capture: Separating and collecting the CO2 from the emissions source.

2) Storage: Transporting and storing the CO2 to an indefinite storage location.

The capture step in CCS refers to the separation and collection of CO2 from a target gas mixture. In general, there are three primary types of CCS separation processes used today: post-combustion, pre-combustion and oxy-fuel combustion.

In the pre- and post-combustion processes, three main technologies are typically utilized to capture CO2:

· Solvent-based separation involves the absorption of CO2 using a liquid chemical. These solvents form a chemical bond with the gas, which makes them highly efficient at separating CO2 from the gas mixture. The CO2 is then removed from the solvent through either pressure reduction or temperature increase. This can require significant energy and therefore can detract from a power plant's total efficiency.

· Sorbent-based separation involves the adsorption of CO2, typically using a porous solid material. Adsorption differs from absorption in that adsorption is the collection of the target molecule on the surface, while absorption is the collection of the target molecule throughout the bulk of the substance. Sorbents have the advantage of requiring less energy than solvents to remove the CO2 once collected. However, sorbents are typically quite expensive to utilize.

· Membrane-based separation technologies essentially act as a filter to separate the CO2 from the target gas. This is a pressure-driven process in which the membrane is designed to redirect the gases, usually based on molecular weight or size.

In the post-combustion carbon capture process, CO2 is removed from the flue gases (the exhaust) after 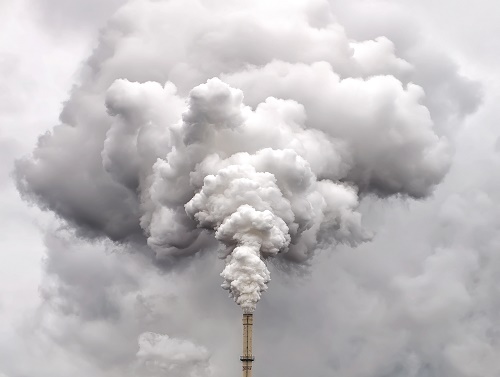 This process is easy to implement into existing power plants, as the equipment can simply be added to the current system. As such, it is by far the most commonly used carbon capture process.

However, post-combustion carbon capture is not the most efficient method of removing CO2. Its relatively low concentration by volume in flue gases makes complete CO2 separation energy-intensive.

The first step of the pre-combustion carbon capture process involves the gasification of the primary fuel, which creates a synthesis gas (or syngas). This gas consists primarily of CO2 and hydrogen. The CO2 is removed using one of the separation technologies.

The H2 can then be utilized as fuel, typically in a combustion turbine, to produce power.

Oxy-fuel combustion replaces the normal air in a fossil fuel combustion process with pure oxygen. The resulting flue gas is comprised primarily of CO2 and water. Therefore, separation of the CO2 is achieved simply by cooling the water for removal and then compressing the gas.

Though not currently a prominently utilized separation technology, oxy-fuel combustion has promising and unique characteristics. The simple composition of the flue gas makes CO2 capture highly efficient, while the post-combustion collection allows oxy-fuel combustion equipment to be relatively easily added to existing power plants. However, the operating costs are high due to the need for large volumes of pure oxygen.

The future of sustainability?

Never has there been a greater global push for sustainability. Though the spotlight is on renewable energy, the reality is that it will likely require decades of work to build the infrastructure required. During this transition, fossil fuels will still be the world’s dominant energy source. CCS can play a critical role in mitigating CO2 emissions from fossil-fuel power plants.

Once renewables become the primary source of energy, there may still be a need for the flexibility offered by fossil fuels. Advancements in CCS can enable the use of this energy without significantly hampering the goal of net-zero emissions.

CCS has yet to live up to its potential in the sustainable energy industry. However, with an increasing focus on climate change, and new research in related technologies, CCS may have its turn in the spotlight.

Brandon Curkan is a professional engineer and technical writer located in Alberta, Canada. Brandon received his BSc. in Mechanical Engineering from the University of Alberta in 2011, and is currently an Engineering Manager of a research group that conducts experimental programs for the energy industry. He creates technical content through his business at www.thecontentengineer.com

By posting a comment you confirm that you have read and accept our Posting Rules and Terms of Use.
Advertisement
RELATED ARTICLES
Three Ways to Capture Carbon Emissions from Power Plants
Insight: Carbon Capture and Sequestration Face an Uphill Battle
Cutting the Cost and Risk of Carbon Capture
Project Startups Showcase Carbon Capture Technology
Carbon storage - lending the forests a hand
Advertisement