When humans pump large volumes of fluid into the ground, they can set off potentially damaging earthquakes, depending on the underlying geology. This has been the case in certain oil- and gas-producing regions, where wastewater, often mixed with oil, is disposed of by injecting it back into the ground — a process that has triggered sizable seismic events in recent years.

Now Massachusetts Institute of Technology (MIT) researchers, working with an interdisciplinary team of scientists from industry and academia, have developed a method to manage such human-induced seismicity, and have demonstrated that the technique successfully reduced the number of earthquakes occurring in an active oil field.

Their results could potentially help mitigate earthquakes caused by the oil and gas industry, not just from the injection of wastewater produced with oil, but also that produced from hydraulic fracturing, or “fracking.” The team’s approach could also help prevent quakes from other human activities, such as the filling of water reservoirs and aquifers, and the sequestration of carbon dioxide in deep geologic formations. 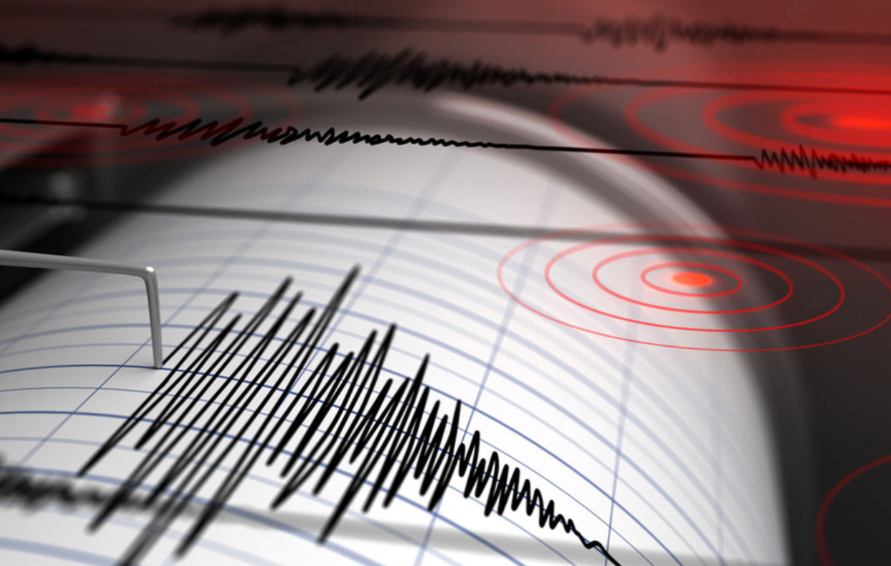 “Triggered seismicity is a problem that goes way beyond producing oil,” said study lead author Bradford Hager, the Cecil and Ida Green Professor of Earth Sciences in MIT’s Department of Earth, Atmospheric and Planetary Sciences. “This is a huge problem for society that will have to be confronted if we are to safely inject carbon dioxide into the subsurface. We demonstrated the kind of study that will be necessary for doing this.”

The study’s co-authors include Ruben Juanes, professor of civil and environmental engineering at MIT, and collaborators from the University of California at Riverside, the University of Texas at Austin, Harvard University, and Eni, a multinational oil and gas company based in Italy.

Both natural and human-induced earthquakes occur along geologic faults, or fractures between two blocks of rock in the Earth’s crust. In stable periods, the rocks on either side of a fault are held in place by the pressures generated by surrounding rocks. But when a large volume of fluid is suddenly injected at high rates, it can upset a fault’s fluid stress balance. In some cases, this sudden injection can lubricate a fault and cause rocks on either side to slip and trigger an earthquake.

The most common source of such fluid injections is from the oil and gas industry’s disposal of wastewater that is brought up along with oil. Field operators dispose of this water through injection wells that continuously pump the water back into the ground at high pressures.

“There’s a lot of water produced with the oil, and that water is injected into the ground, which has caused a large number of quakes,” Hager noted. “So, for a while, oil-producing regions in Oklahoma had more magnitude 3 quakes than California, because of all this wastewater that was being injected.”

Recently, a similar problem arose in southern Italy, where injection wells on oil fields operated by Eni triggered microseisms in an area where large naturally occurring earthquakes had previously occurred. The company, looking for ways to address the problem, sought consultation from Hager and Juanes, both leading experts in seismicity and subsurface flows.

“This was an opportunity for us to get access to high-quality seismic data about the subsurface, and learn how to do these injections safely,” Juanes said.

The team made use of detailed information, accumulated by the oil company over years of operation in the Val D’Agri oil field, a region of southern Italy that lies in a tectonically active basin. The data included information about the region’s earthquake record, dating back to the 1600s, as well as the structure of rocks and faults, and the state of the subsurface corresponding to the various injection rates of each well.

The researchers integrated these data into a coupled subsurface flow and geomechanical model, which predicts how the stresses and strains of underground structures evolve as the volume of pore fluid, such as from the injection of water, changes. They connected this model to an earthquake mechanics model in order to translate the changes in underground stress and fluid pressure into a likelihood of triggering earthquakes. They then quantified the rate of earthquakes associated with various rates of water injection, and identified scenarios that were unlikely to trigger large quakes.

When they ran the models using data from 1993 through 2016, the predictions of seismic activity matched with the earthquake record during this period, validating their approach. They then ran the models forward in time, through the year 2025, to predict the region’s seismic response to three different injection rates: 2,000, 2,500, and 3,000 m3 per day. The simulations showed that large earthquakes could be avoided if operators kept injection rates at 2,000 m3 per day — a flow rate comparable to a small public fire hydrant.

Eni field operators implemented the team’s recommended rate at the oil field’s single water injection well over a 30-month period between January 2017 and June 2019. In this time, the team observed only a few tiny seismic events, which coincided with brief periods when operators went above the recommended injection rate.

“The seismicity in the region has been very low in these two-and-a-half years, with around four quakes of 0.5 magnitude, as opposed to hundreds of quakes, of up to 3 magnitude, that were happening between 2006 and 2016,” Hager said.

The results demonstrate that operators can successfully manage earthquakes by adjusting injection rates, based on the underlying geology. Juanes said the team’s modeling approach may help to prevent earthquakes related to other processes, such as the building of water reservoirs and the sequestration of carbon dioxide — as long as there is detailed information about a region’s subsurface.

“A lot of effort needs to go into understanding the geologic setting,” said Juanes, who noted that, if carbon sequestration were carried out on depleted oil fields, “such reservoirs could have this type of history, seismic information, and geologic interpretation that you could use to build similar models for carbon sequestration. We show it’s at least possible to manage seismicity in an operational setting. And we offer a blueprint for how to do it.”

The research appears in the journal Nature.

Or are 'we' preventing the "Big One" further down the road?