Personal chemical detectors designed for the US Army

As part of the Pentagon’s Compact Vapor Chemical Agent Detector (CVCAD) program, Teledyne FLIR has developed a dual sensor device that is capable of detecting toxic industrial chemicals, chemical warfare agents, flammable gases and markers of an explosive atmosphere, such as enriched or depleted oxygen levels.

The wearable chemical detectors would reportedly be worn by all warfighters to scan large areas for chemicals, thereby warning troops to the presence of a potential chemical hazard. As such, troops on the ground could ensure that the air in their immediate surroundings is safe to breathe, and that they can discharge their weapons in enclosed spaces without the fear of explosion. 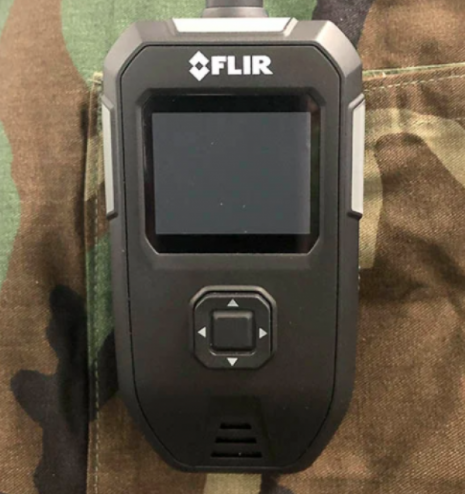 In addition to being worn by individual soldiers, the wearable chemical detectors can also be incorporated onto drones.

“This is an important effort for our nation’s chem-bio defense program as toxic weapons represent a serious, growing threat to our military personnel,” said Roger Wells, VP and general manager of Unmanned Systems & Integrated Solutions at Teledyne FLIR. “Putting a wearable CVCAD sensor on all warfighters will offer an unprecedented level of chemical threat awareness, enabling them to perform their primary mission with far greater safety."

By posting a comment you confirm that you have read and accept our Posting Rules and Terms of Use.
Advertisement
RELATED ARTICLES
Video: New drone payload detects airborne threats, biological agents from above
Teledyne Flir to develop bio-chemical threat mapping tool
Spot the robot dog to be outfitted with chemical hazard sensor
The military now recruiting drones
Teledyne FLIR introduces multispectral surveillance systems for military and homeland security applications
Advertisement