Entergy Corp. says it will close the single-unit, 838 MW James A. FitzPatrick Nuclear Power Plant in Scriba, New York, in late 2016 or early 2017. The company says its decision to close the plant, which has operated since 1975, is based on the continued deteriorating economics of the facility. The key drivers cited by the company include significantly reduced plant revenues due to low natural gas prices, a "poor market design that fails to properly compensate nuclear generators," as well as high operational costs.

Entergy announced in mid-October that it will close the 680 MW Pilgrim nuclear station in Massachusetts. 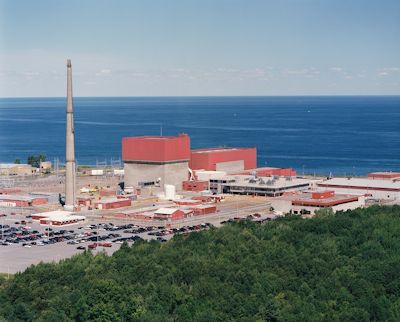 Entergy's decision to close the plant is based on "continued deteriorating economics." Source: Entergy.Entergy says it is reporting November 2 to the operator of the electric grid, the New York Independent System Operator, and to the New York State Public Service Commission that it will retire the plant at the end of the current fuel cycle.

"Given the financial challenges our merchant power plants face from sustained wholesale power price declines and other unfavorable market conditions, we have been assessing each asset," says Leo Denault, Entergy's chairman and CEO. The company previously announced the closure of the Pilgrim Nuclear Generating Station in Massachusetts.

Entergy says the decision to close the FitzPatrick plant was based on factors that make it no longer economically viable: