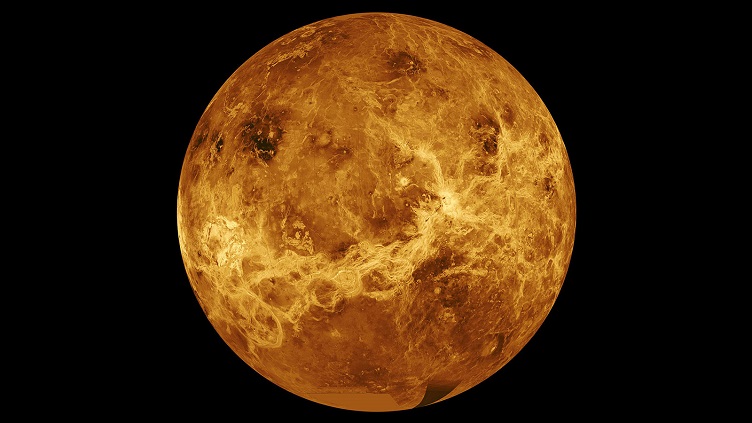 One spacecraft will attempt to land on the surface of Venus and another will orbit the planet to study the planet’s geological features. Source: NASA

The goal of the missions is to understand how Venus became a lifeless world when it has many similar characteristics to Earth, particularly when it has an ocean and Earth-like climate.

The first spacecraft, Deep Atmosphere Venus Investigation of Noble gases, Chemistry and Imaging (DAVINCI+), will measure the composition of Venus’ atmosphere to understand how it formed and evolved as well as determine whether the planet had an ocean.

The spacecraft will consist of a descent sphere that will plunge through the planet’s thick atmosphere, making precise measurements of noble gases and other elements to understand why Venus’ atmosphere is a hothouse compared to the Earth’s.

DAVINCI+ will return high resolution photos of Venus’ geological features known as “tesserae,” which may be comparable to Earth’s continents. This might suggest that Venus has plate tectonics.

The spacecraft would be the first U.S.-led mission to Venus’ atmosphere since 1978. NASA hopes the results from DAVINCI+ could reshape understanding of terrestrial planet formation in the solar system and beyond.

NASA is awarding approximately $500 million per mission for development. Each is expected to launch in the 2028 to 2030 timeframe.

The second spacecraft, called Venus Emissivity, Radio Science, InSAR, Topograpy and Spectroscopy (VERITAS), will map the surface of Venus to determine the planet’s geologic history and understand why it developed differently from Earth. VERITAS will orbit Venus with a synthetic aperture radar to char surface elevations over nearly the entire planet to create 3D reconstructions of topography and confirm if there are plate tectonics and volcanism still active on Venus.

Both launches are expected to take place in the 2028 to 2030 timeframe.

“We’re revving up our planetary science program with intense exploration of a world that NASA hasn’t visited in over 30 years,” said Thomas Zurbuchen, NASA’s associate administrator for science. “Using cutting-edge technologies that NASA has developed and refined over many years of missions and technology programs, we’re ushering in a new decade of Venus to understand how an Earth-like planet can become a hothouse.”

VERITAS will carry with it the Deep Space Atomic Clock-2 that will help enable autonomous spacecraft maneuvers and enhance radio science observations. DAVINCI+ will carry with it the Compact Ultraviolet to Visible Imaging Spectrometer (CUVIS), which takes high resolution measurements of ultraviolet light using a new instrument based on freeform optics.

“It is astounding how little we know about Venus, but the combined results of these missions will tell us about the planet from the clouds in its sky through the volcanoes on its surface all the way down to its very core,” said Tom Wagner, NASA’s Discovery Program scientist. “It will be as if we have rediscovered the planet.”

By posting a comment you confirm that you have read and accept our Posting Rules and Terms of Use.
Advertisement
RELATED ARTICLES
Solar Orbiter begins study of the Sun
Using Artificial Intelligence to Predict Probability of Life on Other Planets
Earth-sized exoplanet found to have no atmosphere
NASA finds Earth-size exoplanet orbiting a habitable zone
Moon Covered With 400,000 Pounds of Human Trash
Advertisement