Researchers in Sweden have developed a massless battery that performs 10 times better than all previous versions and functions simultaneously as a power source and structural component for vehicular propulsion. 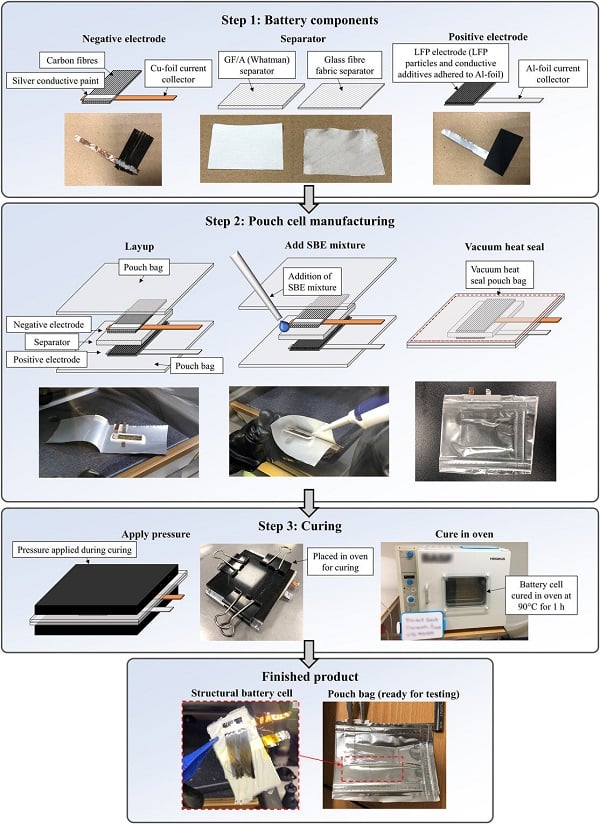 The two electrode materials are kept separated by a fiberglass fabric in a structural electrolyte matrix. The task of the electrolyte is to transport the lithium ions between the two electrodes of the battery, but also to transfer mechanical loads between carbon fibers and other parts.

The massless battery can contribute to reductions in electric vehicle weight, which translates into less energy required for propulsion. Researchers from Chalmers University of Technology and KTH Royal Institute of Technology next plan to focus on replacing aluminum in the positive electrode with carbon fiber to further boost energy and mechanical performance, while the fiberglass fabric will be replaced with a thinner version to promote faster charging.

By posting a comment you confirm that you have read and accept our Posting Rules and Terms of Use.
Advertisement
RELATED ARTICLES
An Inside Look at Carbon Fiber (and How It Can Change the Planet)
How Composite Materials Challenge the Automotive Manufacturing Industry - Part 1 Cost Barriers
Graphene prepared from petroleum coke
Carbon Fiber Faces Long Road to Adoption in Automotive, Energy Industries
Paper Mill Waste Repurposed as Lithium-Sulfur Battery Cathodes
Advertisement