One of the most common ways to improve energy efficiency in transportation is "lightweighting," or making a vehicle lighter by using less dense materials that offer the same strength as metals.

For example, Ford Motor Co. in November began production of its 2015 F-150, one of the first pickup trucks composed primarily of aluminum. The change in manufacturing materials was precipitated by revised U.S. fuel economy mandates that require ca 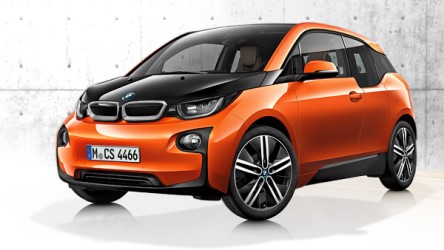 BMW released the i3, an electric vehicle featuring one of the first mass-produced CFRP passenger cells in the auto industry. Source: BMWrs and light trucks to average 50 miles a gallon by 2025.

This need for stronger, lighter materials also has led to significant development of carbon fiber materials. Carbon fiber’s strong, lightweight properties have been demonstrated over the last five decades. Yet its adoption in many industrial applications remains the exception, not the rule. That’s because carbon fiber composite production for transportation and energy applications is a slow, expensive and energy-intensive process.

As composite materials using carbon fiber emerge as an alternative to steel and other traditional structural materials in the automotive, aerospace and energy sectors, so do concerns not only about the cost but also the standards and manufacturing infrastructure to produce it.

Despite these headwinds, IHS Chemical forecasts that consumption of carbon fibers in industrial applications will grow at an average annual rate of 12.6% through 2018. Military and large commercial aircraft applications now represent a substantial portion of global carbon fiber composite usage. In September 2011, Boeing delivered its 787 Dreamliner, which features an airframe that comprises nearly half carbon fiber reinforced plastic (CFRP) and other composites to create weight savings of 20%.

Once relegated to high-performance vehicles like the Lamborghini Aventador supercar or Formula One race cars, carbon fiber is making inroads into the mainstream automotive market. In October 2013, BMW Group released the i3, an electric vehicle featuring one of the first mass-produced CFRP passenger cells in the automotive industry. The CFRP achieves half the weight of aluminum and one-third the weight of steel, resulting in a lightweight vehicle with high tensile strength.

Economic viability of carbon fiber composites is the primary challenge facing mass adoption of the material in the automotive and energy sectors. The high costs include the precursor itself, the energy needed to convert the precursor into fibers and equipment such as large ovens used in the process.

Created by the U.S. Department of Energy in March 2013, the Carbon Fiber Technology Facility (CFTF) at Oak Ridge National Laboratory (ORNL) demonstrates different types of precursor materials and their scalability to reduce the cost of carbon fiber, particularly in energy-related applications such as wind turbine blades, vehicles and compressed gas storage for fuel cell applications. The facility features a 390-ft.-long processing line and has carbon fiber output capacity of 25 tons. These capabilities allow industry to validate carbon fiber precursors at semi-production scale.

“We believe the textile PAN will offer the nearest-term opportunity for cost cutting while meeting automotive-grade performance because it is a high-commodity material already used in clothing, blankets and carpet,” says Ron Ott, group leader for the CFTF.

Although the CFTF is targeting automotive-grade performance, Ott says that the wind energy sector will be an earlier adopter of the lower-cost carbon fiber because of already-tight cost margins and a general conservative approach to adopting new materials that still must perform reliably and consistently.

When the automotive industry does start making vehicles with carbon fiber, it intends to do so on a mass-production scale. 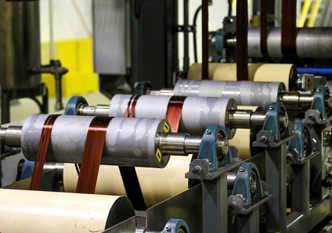 The Oak Ridge processing line has carbon fiber output capacity of 25 tons. Source: ORNL“The world capacity of carbon fiber production is approximately 100,000 tons annually, yet if you start introducing carbon fiber components on high volumes of cars, we just can’t produce enough carbon fiber today to meet that market,” Ott says. “If there’s not more capacity coming online in the next 5 to 10 years, automobile manufacturers are going to look for something else to replace carbon fiber composites.”

To reduce costs on the conversion side, ORNL is exploring energy-efficient, higher-speed production technologies such as the advanced plasma oxidation process. Conventional oxidation accounts for more than 80% of the processing time in a carbon conversion line. Using an advanced oxidative stabilization method, researchers aim to oxidize carbon fiber three times faster than traditional methods, which require 80 to 120 minutes.

The carbon fiber makes several stops on its journey to the BMW factory floor. A facility in Moses Lake, Wash., receives the precursor material and converts it to carbon fiber. The carbon fiber is then shipped to a facility in Wackersdorf, Germany, where specialized looms weave the carbon fiber into rolls of fabric. This fabric then moves to the BMW plant at Leipzig, where it enters a robotized manufacturing operation to generate various parts for the BMW i3 and i8 series. Automated processing involves precision cutting of carbon fiber fabric, coupled with winding and processes such as resin transfer molding to generate corrosion-free CFRP composite components of the vehicle’s passenger cell.

To manufacture a vehicle or airplane that integrates carbon fiber in a significant way often requires going back to the design drawing board, says Morgan. “It is not always about substitution of one material for another. It’s a matter of how do you make an airplane or automobile completely differently if you had carbon fiber available?”

The energy industry, in particular wind turbine designs, illustrates how carbon fiber materials are altering the way engineers design their products to achieve efficiencies beyond just lightweight materials. Commercial necessity to reduce the cost of wind energy is pushing the manufacture of longer blades, which better capture wind and improve energy output. Longer blades, however, will weigh more unless lighter, stronger materials are used.

“The use of carbon enables blades to be lighter than those made with glass fiber in the spar caps while allowing thinner and more aerodynamically efficient aerofoils to be used,” says David Cripps, senior technical manager at Blade Dynamics Ltd. in Southampton, U.K. “This weight saving can be used to make the blades longer than would be possible with glass.”

He says that if blade weight savings are designed into the turbine from the start, then mass and cost savings are possible in drive shafts, bearings, towers and foundations.

Manufacturers also typically need to ensure that carbon fiber components meet safety guidelines while being manufactured in a consistent, reproducible way. Manufacturing standards need to change to address these factors and govern how testing and measurement is undertaken, Morgan says. Furthermore, approval processes of carbon fiber can take several years as OEMs test and prove the material.

After-service of carbon fiber-based products in the marketplace presents another engineering challenge.

“How do you look after the consumer’s wants and needs once that product is in operation?” Morgan says. “How do you repair something like carbon fiber bodywork on a performance car? It requires very specialist skills.”

On the wind energy front, manufacturing standards for carbon wind turbine blade spars likely will need to be higher than for fiberglass. “Defects such as wrinkles, misaligned fibers and voids that would likely be acceptable in glass are unacceptable in the carbon spar,” Cripps says.

Some manufacturing processes that work well with the larger filament diameters of fiberglass — for example, resin infusion processes — don’t always work as well with carbon fibers. This often facilitates a change of manufacturing technology, such as moving from infusion to the use of aerospace-style pre-impregnated products, or prepregs as they are known.

As Cripps says, “maintaining the high quality necessary for carbon to work safely in all these manufacturing approaches becomes much more difficult as the parts increase in size, which is a very strong trend within the wind industry with the move to larger turbines, especially offshore.”

For all its benefits, carbon fiber faces fundamental challenges in wider adoption within the aerospace, automotive and wind-energy industries. Researchers are developing and demonstrating techniques that reduce the cost of precursors and their conversion into carbon fiber. Additionally, major OEMs are working to reform their supply chains and establish new standards that enable integrating carbon fiber composites on a significant scale.

By posting a comment you confirm that you have read and accept our Posting Rules and Terms of Use.
Advertisement
RELATED ARTICLES
An Inside Look at Carbon Fiber (and How It Can Change the Planet)
ORNL to License Low-Cost Carbon Fiber Production Method
How Composite Materials Challenge the Automotive Manufacturing Industry - Part 1 Cost Barriers
Harper receives order for pitch carbon fiber oxidation oven system
Automotive Composites, Part 2: Material Properties & Performance
Advertisement