A digital, global wind atlas assembled by Cornell University researchers offers a geospatially explicit uniform and publicly available source of information on extreme wind speeds. The compilation of uniform and geospatially explicit descriptions of extreme wind speeds is intended to help engineers optimize turbine selection for any given region and accelerate the sustainable energy development.

“Cost-efficient expansion of the wind-energy industry is enabled by access to this newly released digital atlas of the extreme wind conditions under which wind turbines will operate at locations around the world,” said Professor Sara C. Pryor, who was involved in the development of the wind energy resource. “This kind 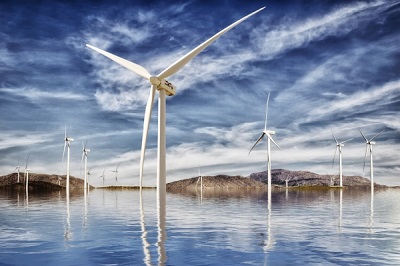 Source: enriquelopezgarre via Pixabayof information will ensure the correct selection of wind turbines for specific deployment and help ensure cost-efficient and dependable electricity generation from those turbines.”

Total installed wind turbine capacity at the end of 2019 exceeded 651 GW, of which almost 90% was onshore, and contributes over 1,700 TWh of electricity annually, or about 7.5% of the global power supply. The atlas fills a gap in the knowledge of extreme wind speeds at specific sites, which must be considered for the cost-effective design and construction of turbines.

Network Common Data Form files containing the digital atlas are available for download from ZENODO, as are climate reanalysis datasets developed through the Copernicus Climate Change Service covering the period 1950 to the present.

A paper on this research appears in Nature Energy.