A trial of explosion-proof four-legged robots conducting oil and gas platform inspections on offshore platforms may pave the way for a line of dedicated oil and gas inspection robots.

According to Petronas, the dog-like robots performed autonomous inspections of the platforms, conducting general visual inspections, thermography, acoustic analysis of rotating equipment and digital gauge readings, among other tasks. 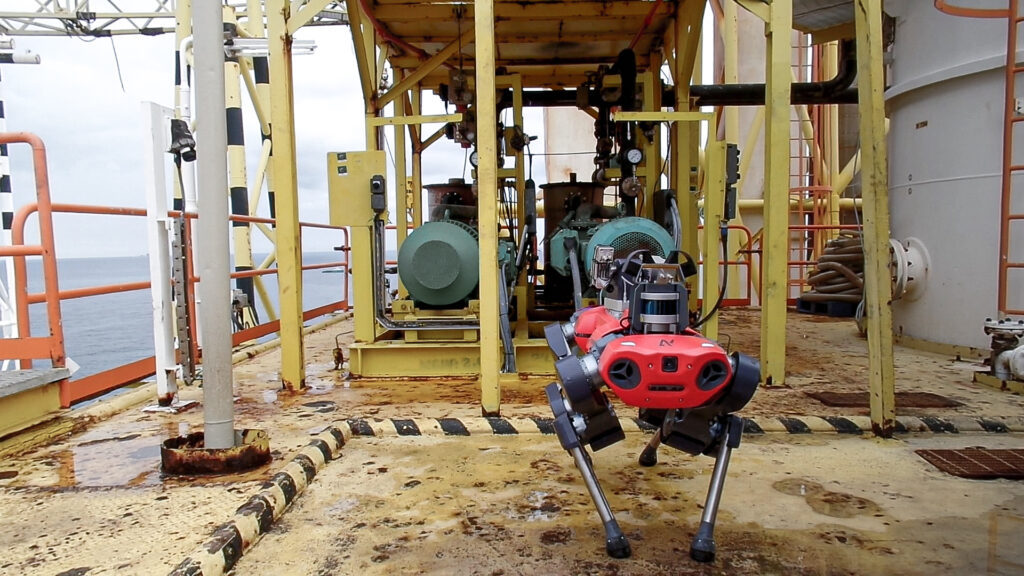 In addition to performing the autonomous inspection tasks, the robots were also reportedly able to successfully operate amid the high-risk conditions of offshore oil and gas platforms, encountering such obstacles as slippery terrain, strong winds and daytime and nighttime inspections during the trials.

Following the successful completion of the trials, Petronas and ANYbotics are preparing to develop a custom version of ANYmal designed exclusively for explosive environments, including the oil and gas sector, which requires frequent inspections and are at high risk for explosions.

With plans for the proposed inspection robot to be ready by 2022, the robot’s design will reportedly be in accordance with the IECEx international standard and will minimize offshore workforce deployment.

For more information on the inspection trials, watch the accompanying video that appears courtesy of ANYbotics.

By posting a comment you confirm that you have read and accept our Posting Rules and Terms of Use.
Advertisement
RELATED ARTICLES
"Sea Snake" Robots to Perform Underwater Maintenance
World's First Floating LNG Facility Ready to Set Sail
Team aims to perform oil and gas rig inspections using AI
JGC Nets $510 million Contract for Petronas’ LNG Complex
Report: 20% of oil and gas industry tasks to be automated by 2030
Advertisement