Part 1: The robots working on (and off) the offshore oil and gas platform

The oil and gas industry is not immune to the rise in automation. Much like the role of robots in such sectors as manufacturing or healthcare, where automation is beginning to take over tedious, repetitive, and often dangerous tasks previously performed by humans, autonomous robots are now rapidly appearing on and adjacent to offshore oil and gas platforms.

Robots capable of performing inspection, maintenance and repair, and decommissioning activities are just a few recent examples of the types of technology designed specifically for the oil and gas sector. In fact, so many examples of robots designed for the oil and gas sector exist that this article will be broken into two parts to include as many of them as possible. 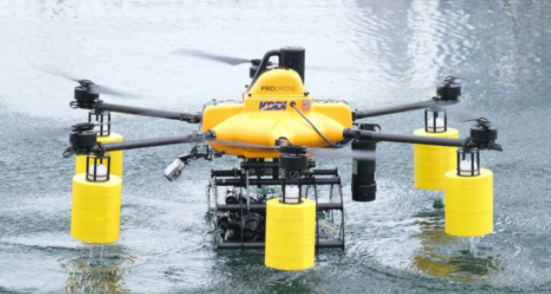 The Sea-Air Integrated Drone features an aerial drone connected via electric winch to an underwater drone held in a quick-release cage.

Equipped with high-quality cameras, the underwater drone can relay data back to the remote operator with KDDI's advanced mobile communication network.

Watch the accompanying video, which appears courtesy of QYSEA, for more information on the Sea-Air Integrated Drone. 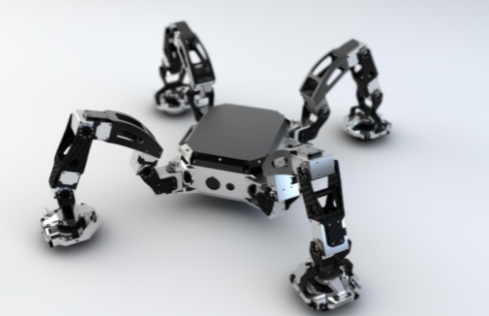 Robotics firm Nexxis has created a spider-like robot for inspecting equipment used in hazardous environments such as on oil and gas rigs.

Magneto-EX is a robotic camera inspection device that features magnetic feet. According to its developers, Magneto-EX can operate at heights, underground, in confined spaces and in industrial settings among toxic chemicals, all of which would prove dangerous to human inspectors.

A collaboration between Wood and National Energy Resources Australia (NERA) has developed an artificial intelligence (AI)-based, real-time offshore inspection solution that is capable of autonomously detecting and categorizing equipment anomalies.

The technology is expected to offer faster and safer inspection techniques, wherein the AMVS automatically reviews hours and hours of footage captured by offshore inspection devices in search of possible flaws and faults that signal additional inspection or repair — a task that would typically require transporting a human operator to the offshore platform.

In addition to eliminating the need for deploying human operators offshore, the researchers suggest that human reviews are much more susceptible to error and inconsistencies in their manual reviews.

An underwater snake-shaped drone is expected to perform inspections, installation and maintenance on deep sea oil and gas pipelines. 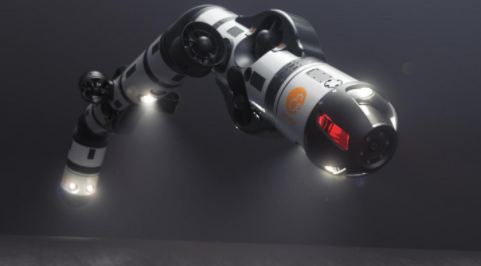 The snake drone, called Eelume, from Eelume Subsea Intervention, is 19 ft long and relies on cameras and sensors to navigate underwater. Kept at underwater docking stations as deep as 1,640 ft below the surface, the drones can stay submerged for six months at a time without the need to resurface.

While submerged, the Eelume can reportedly inspect pipelines, perform maintenance interventions and remove marine growth and sediment from the pipelines, among other tasks, using an assortment of onboard tools

Researchers from Norway-based Transmark Subsea and New Zealand-based Boxfish have jointly developed an autonomous underwater resident vehicle that can stay submerged for up to a year, continuously monitoring underwater assets such as oil and gas platforms, offshore energy installations, offshore aquaculture plants and offshore wind farms, among others.

Once it has completed a monitoring mission, the robot relies on machine learning to locate its accompanying subsea docking station where it wirelessly recharges its battery and transfers the data it has collected about the underwater assets.

Watch the accompanying video that appears courtesy of Transmark Subsea for more information on the ARV-i.

Check back with Engineering360 for part 2 of the robots working on (and off) the oil and gas offshore platform.