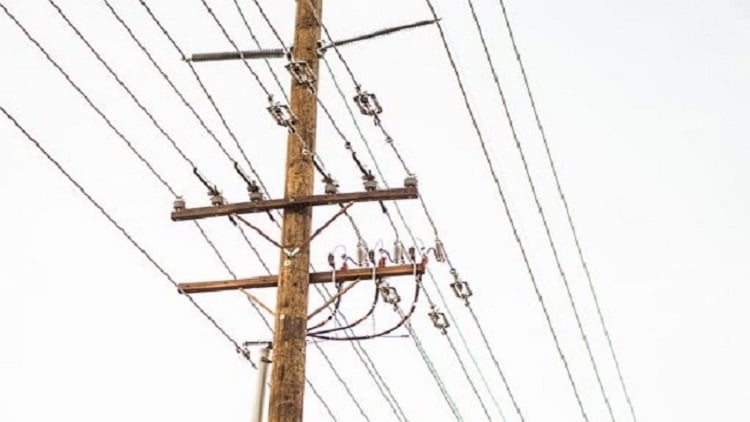 In general, HVDC transmission lines utilize less land area compared with HVAC transmission lines. Unlike AC voltage, DC voltage does not change track several times per second and the current flows through the whole conductor, not just through its surface. However, it may be noted that current transmission systems are mostly AC systems, and efforts are underway to expand and upgrade them to DC systems. 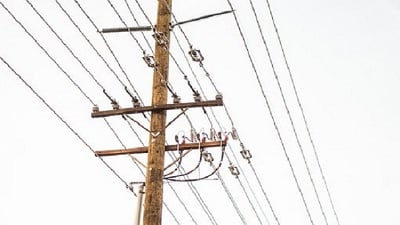 The major benefits of HVDC transmission systems are lower capital costs and the capacity to transfer a significant amount of power when considering large distances. Power loss is only about 3% for every 1,000 km depending on system construction and voltage level. The energy sources that are producing power at remote locations can also benefit from HVDC transmission systems.

• Endpoint-to-endpoint long-distance transmission of power, for instance in remote areas, with no intermediate ‘taps.'

• Marine transmission cables, which have large capacitance values that result in extra AC power losses. For example, the 600 km Nor Ned cable connecting the Netherlands and Norway, and the 250 km Baltic cable connecting Germany and Sweden.

• Enhancing the transmission network of the current power grid in circumstances where it is hard to add more wires. Or, it may be costly to build new transmission systems and stabilize such unsynchronized AC distribution systems.

• Making a connection between remote power plants and the load centers or the distribution power grid, for example, the Nelson River Bipole.

HVDC transmission systems can stabilize a largely AC grid system without enhancing the short circuit current, and they do not have multiple phases like HVAC systems and require fewer conductors. The skin effect phenomenon that plagues HVAC networks, in which current is distributed within a conductor such that current density is largest near the surface of the conductor and decreases exponentially with greater depths in the conductor, does not occur in HVDC systems. As a result, the latter can deploy thinner conductors and can support power transmission among various countries operating at different frequencies and voltages.

The length of submarine HVAC lines is limited because the whole current-carrying conductor capacity can be utilized to supply the charging current. However, there are no such restrictions with DC transmission cables, which can also transfer more power per line as at a certain power rating, the DC line constant voltage is less than the AC line maximum voltage. DC voltage has a constant higher voltage value, permitting transmission cables to have the same sized conductors. The insulation can transfer 100% more power than AC voltage in the areas consuming large amounts of power, which can also reduce transmission costs.

HVDC transmission systems boost power system stability by preventing cascading failure spread from one area of a large power grid to another, and support power transmission among unsynchronized AC distribution power systems. Another significant merit of the HVDC system is that load changes do not affect synchronization. The pattern and scale of power flow via HVDC link systems can be managed directly and modified to benefit AC systems on both ends of such link systems. Many power companies have considered the broad use of HVDC systems alone for its stability advantages.

The shortcomings of HVDC transmission systems are mainly related to their control, switching, conversion, overall maintenance and conversion. They need static inverters that are costly and have restricted overload capacity. For short distances power transmission, power losses in such inverters can be larger than HVAC systems. The cost of these inverters cannot be offset by lower power loss and decreases in transmission line design expenses.

By posting a comment you confirm that you have read and accept our Posting Rules and Terms of Use.
Re: HVDC vs HVAC power transmission systems
#1

I see no mention of the special circuit breakers needed to ensure the opening arc is quenched because there is no Zero point transition to assist the arc quenching not the fact that using DC vacuum breakers can lead to the generation of Xrays.

I remember using old DC circuit breakers on medium voltage equipment and how the contacts were connected to coils to produce a reverse magnetic arc quenching field and the added cost of the devices was quite large.

Still you can save on one transmission line if you run DC but what about a flashover from lightning?

Re: HVDC vs HVAC power transmission systems
#2
In reply to #1
DilbertFan

A simple station-to-station HVDC line does not need breakers to clear a fault. The rectifier station can instantly can to inverter operation which drives the current and voltage to zero. Typically for a DC fault a system called Line Protection will drive the current and voltage to zero and then re-energize the line to test if the fault has been cleared. Most systems will try a number of times, the ones I know will try three times. After the third try the line will go into a reduced voltage operating mode, usually at 70% line voltage. Then a attempt to go back to full voltage can be tried at the control agency request. If the line has a hard fault and can not operate at the 70% level the line is de-energized and line crews are sent out to physically inspect the area where the fault is detected. Another of the control systems in a HVDC transmission line is the ability to locate where the fault occurred within one to two towers.

Multiple HVDC transmission scheme can and do use DC breakers. There has been work on different types of DC breakers. One investigation utilized "off the shelf" AC breaker parts. I think that was an ABB/EPRI project.

Re: HVDC vs HVAC power transmission systems
#3
In reply to #1
DilbertFan

I forgot to mention that HVDC transmission line consist of two separate transmission lines, one at a positive voltage and the other negative. When a fault occurs it almost universally on only one of the two conductors. If the fault is bolted and can not be cleared the other line still remains in service and and transmit to power.

A bipolar transmission system has an earth ground at each station and in normal Bipolar operation there is no ground current. Then a pole is tripped out the full current flows through the ground until either the power is transmission is stopped or switching occurs. Each system has different operational procedures regarding ground current operation. There may be limits on the length of time and amperage due to preventing cathodic erosion of various other pipeline, railroad tracks, etc. If the stations have built excellent ground electrodes the current flows towards the mantle and not at the surface of the earth.

Would DC be more efficient than AC in powering railroads?

Re: HVDC vs HVAC power transmission systems
#5
In reply to #4
DilbertFan

That is a good question! I do not know enough about railroad locomotive engines to be able to express an opinion. Although I'm pretty sure that the voltages for a train are subcutaneously lower than those used on electric power transmission lines. The stations I worked at had DC line voltages of +-500kv. I would think a train might be a few hundred of volts, in the range of 2-3 hundred. That is only a guess.

Lined HVDC systems (above ground transmission lines) really only make sense if the length of the line is greater than 450 miles. Other practical uses are when to line is buried or underwater which usually means a shorted transmission line length.

The efficiency of the DC conductor is better than an AC is because dc current flows through the entire cross-section. AC only flows at the outer skin of the conductor.

The station equipment for a HVDC transmission is more expensive to build, the right of way is narrower than an equivalent AC line for the same amount of power flow.