Florida-based NextEra Energy Transmission said it will buy Trans Bay Cable (TBC) for around $1 billion. TBC is a 53-mile-long, high-voltage direct current (HVDC) underwater transmission cable system that provides 40% of the electrical power used on a daily basis in San Francisco and its surrounding areas. 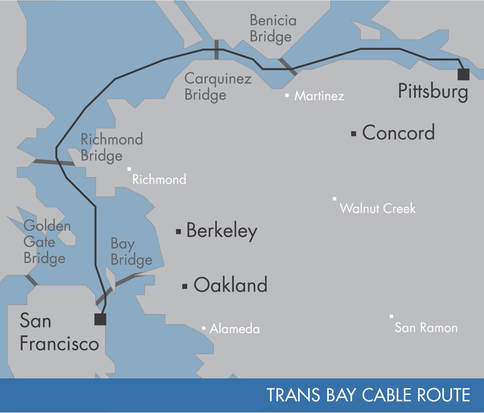 Source: TBCTBC was developed by Steel River Infrastructure, based in California, and was approved in response to a 1998 blackout in the Bay Area.

The deal requires approval from the California Public Utilities Commission and the Federal Energy Regulatory Commission. The sale is expected to close in 2019.

TBC is an HVDC underwater cable interconnection between San Francisco and Pittsburg, California. The cable runs under San Francisco Bay and through the Carquinez Strait. It can transmit 400 MW of power at a DC voltage of ±200 kV.

The line connects Pacific Gas & Electric's Potrero Substation to its 230 kV transmission line in Pittsburg. The system was completed in November 2010. The TBC was one of the first commercially operated HVDC systems to use the Siemens HVDC Plus Modular Multi-Level Converter VSC system.

By posting a comment you confirm that you have read and accept our Posting Rules and Terms of Use.
Advertisement
RELATED ARTICLES
Work Completed on HVDC Line for Manitoba Hydro
HVDC vs HVAC power transmission systems
HVDC Line Set for Upgrade by ABB
HVDC line could export Iowa wind energy to eastern markets
ABB books order for HVDC technology for offshore wind
Advertisement