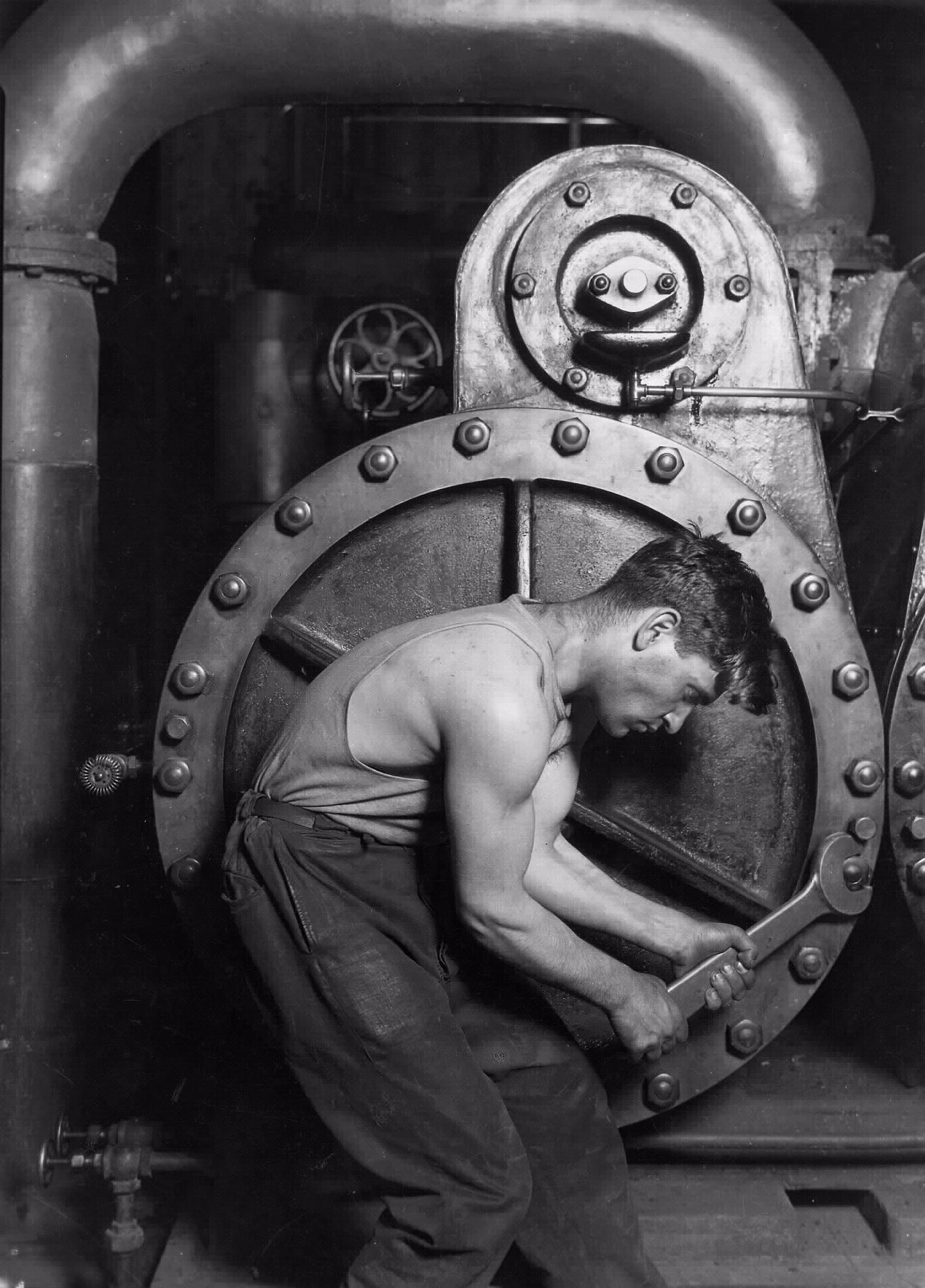 Figure 1. Efforts to move forward have sometimes thrown major impediments into the machinery of industry.“If it ain’t broke, don’t fix it.”

­­­­­That old adage has probably saved countless working hours that might otherwise have been wasted on small tweaks with little impact on the big picture. In some cases, well-intentioned efforts to make minor steps forward have thrown major impediments into the machinery of industry — which would have been better served by simply leaving well enough alone.

Yet, in a world where tiny details can be analyzed and acted upon not by short-sighted human judgment, but by the tireless calculations of connected sensors and cloud-based artificial intelligence (AI), the new paradigm just might be “Fix it constantly, and it won’t break at all.”

In fact, this is one of the key elements of the internet of things (IoT), the growing network of connected smart devices providing rich, actionable data. As part of what is known as the Fourth Industrial Revolution, or Industry 4.0, the IoT has the power to transform manufacturing and other industries with entirely new ways of thinking about problems. Inadequacies once considered intrinsic to processes are being addressed with a precision previously unimaginable.

Needs common to all types of industry produce ongoing challenges. These include reducing operating expenses (OPEX), both in terms of maintenance and personnel; maximizing both efficiency and output while minimizing power usage; addressing limits to the potential for optimization; and ensuring safety. The IoT offers solutions to all of these.

Before it was possible to add various types of sensors to machines, following the old adage at the start of this article was common practice: Plant operators would wait for a machine to break before fixing it. This approach was simple, yet problematic. It meant unpredictable shutdowns and lost production time, both with an adverse impact on costs. The advent of sensoring allowed operators to determine when a piece of equipment was degrading, and to proactively address it. Connecting data from those sensors to AI software that can interpret and act upon it takes this a step further, enabling a broad perspective on machine health and guiding the scheduling of shutdowns. This “predictive maintenance” approach also allows for a coordinated effort in which multiple machines with failing health can be addressed simultaneously.

In addition, placing sensor data in the cloud makes it possible to perform better maintenance with fewer personnel. Remotely stationed operators can be charged with the task of monitoring many machines at several plants, producing significant cost savings over the old model of operators stationed at each plant.

Yet the transformative power of the IoT does not stop there. By adding sensors and intelligence, the machines themselves are made “smart” — able to communicate not only with a centralized server, but with one another. This produces the necessary conditions for machine learning (ML), by which the system learns to improve over time through finely tuned self-correction. Just as teams of human workers can, by maintaining close contact with one another, increase efficiency, improve accuracy and maximize output, so too can machines.

By allowing machines to correct themselves, moreover, a key limitation to the optimization potential is effectively addressed. Human control room operators tend to make equipment adjustments only occasionally, perhaps once per shift; given the complexity of the systems, they are understandably reluctant to change something that is already working — wary to fix what “ain’t broke.” But AI-controlled sensors have no such reluctance. Able to respond quickly to shifting conditions, they might make small adjustments to factors such as airflow, water flow, pressure and temperature, perhaps as frequently as every 10 minutes. This allows the system to operate at peak performance levels, increasing the longevity of its components while also reducing power expenditure.

The very design of the IoT also offers the potential to ensure greater safety. For machines stationed alongside human workers, this can take the form of quick corrections to avoid danger. In some cases, human workers can be removed from harm’s way altogether. The mining industry, for example, employs IoT systems to monitor air quality and automate the provision of ventilation. It is also moving quickly toward solutions that allow miners to stay above ground while the work in the mine below is done by autonomous robots.

When one imagines smart devices, industrial fans and blowers might not be the first type of equipment to come to mind. Yet these machines, designed simply for moving air, represent building blocks with a wide range of IoT possibilities. They can be outfitted with a variety of sensors to improve not only their own function, but also the functioning of the larger systems in which they play a part.

Options for fans and blowers include sensors designed to gauge the flow, pressure and temperature of the airstream. Particle sensors can be deployed to monitor dirt or dust in the air; humidity sensors can measure moisture. In addition, mechanical sensors can be added to take readings on the vibration, temperature and speed of the motor and various fan components, such as bearings and drive shafts. Current and voltage sensors can measure the amount of power input and send data to an AI decision-maker in the cloud that can make overall adjustments to optimize power use.

Another important IoT component is the digital interface used to collect and monitor data gathered by sensors. This is a platform that can be accessed locally with a status screen, or remotely with an app. It functions as a liaison between the sensors deployed in the system and the AI software located in the cloud, which serves as the “brains” of the operation. The AI component tends to have a process-specific design that can be tailored to specific operational needs. Taken together, the various sensors, digital interface and AI brain represent an integrated IoT system. 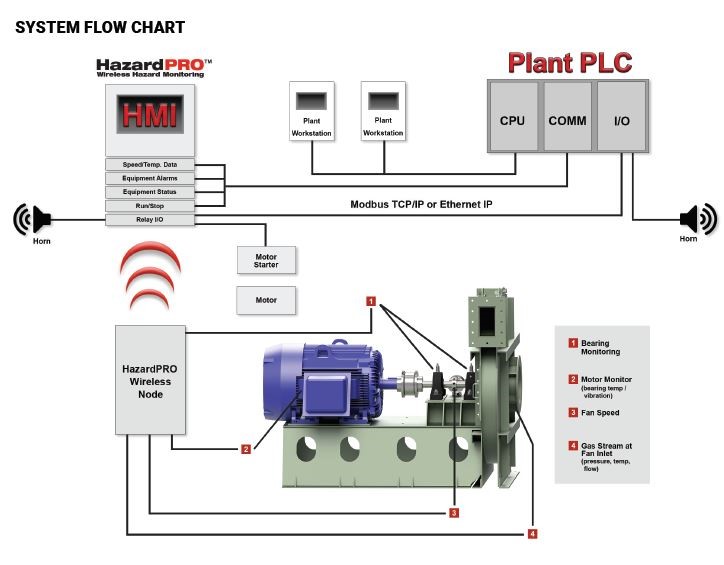 The rollout of Industry 4.0 is proceeding at varying paces for different industries. The power generation segment has been an early adopter, driven by greater funding and the mission-critical urgency of preventing system failure. Plants designed for processes such as cement, steel, paper, petroleum and chemical production are just now beginning to explore the possibilities of sensoring, as various barriers to adoption are starting to disappear.

Diversification in AI offerings has increased the number of entry points for smaller industries. Sensor innovations, such as wireless and battery-powered designs, have driven down costs and simplified integration. Cloud storage and the greater transfer rates made possible by 4G and 5G network connectivity have increased the feasibility of low-latency remote control.

Just as industries are moving at different rates toward embracing the possibilities of IoT, so too are vendors entering the market with varying levels of solutions. With a growing portfolio of next-generation IoT components, industrial fan manufacturer The New York Blower Company (NYB) is ahead of the curve. Catalog and custom fans can include sensors and digital interfaces, creating solutions tailored for each application’s specific needs. Dedicated to research and innovation, NYB’s technological developments represent the forefront of fan and blower technologies for Industry 4.0.

By posting a comment you confirm that you have read and accept our Posting Rules and Terms of Use.
Advertisement
RELATED ARTICLES
4 Signs Industry 4.0 Has Arrived
Industry 4.0 — Emerging Technologies Embrace the Convergence of IT and OT
6 recent trends in mechanical motion control
How the maritime industry is navigating the IoT and machine learning
How smart devices and the IIoT are driving predictive maintenance programs
Advertisement