A redox flow battery designed with a water-based electrolyte and electrodes composed of organic material has been assembled and demonstrated by researchers from Linköping University, Sweden. These stationary batteries store energy in the electrolyte, outside the cells itself, and can be recharged an unlimited number of times.

Current redox flow battery systems contain the scarce and expensive metal vanadium, prompting the researchers to test water-based electrolytes. This alternative makes the batteries inherently safer to use but 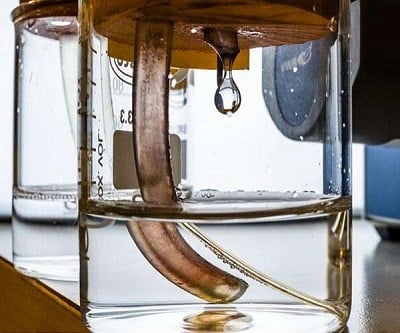 The battery design uses polymer poly(3,4‐ethylenedioxythiophene) (PEDOT), a conducting polymer, for the electrodes, which are doped to transport either cations or anions. The water-based electrolyte contains a solution of quinone molecules, which can be extracted from forest-based materials. The high compatibility of these components indicates that the PEDOT electrodes help the quinone molecules switch between their oxidized and their reduced states, fostering a flow of protons and electrons and increasing energy density.

The new battery structure described in Advanced Functional Materials still has a lower energy density relative to batteries that contain vanadium, but the organic redox flow devices are inexpensive, recyclable, safe and suitable for storing energy and compensating for load variations in the electrical supply grid.

By posting a comment you confirm that you have read and accept our Posting Rules and Terms of Use.
Advertisement
RELATED ARTICLES
A Battery Breakthrough of Biblical Proportions
Building a Better Redox Battery
Battery system stores power and produces hydrogen
Tiny Battery Powers and Cools Microchips
Redox Flow Battery to be Tested by Siemens Gamesa
Advertisement