“Automated methods of processing TESS data sometimes fail to catch imposters that look like exoplanets,” said project leader Veselin Kostov, a NASA research scientist. “The human eye is extremely good at spotting such imposters, and we need citizen scientists to help us distinguish between the look-alikes and genuine planets.” 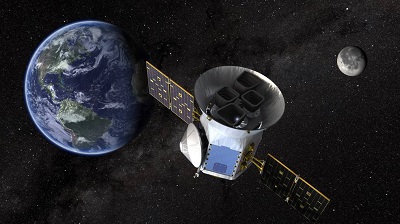 TESS has been in Earth's orbit since April 2018, searching for exoplanets by use of the transit method — tracking changes in stellar brightness caused by planets crossing in front of a host star. Researchers use algorithms to analyze the data set and weed out false positives but as computers are not foolproof, help from volunteers is now being enlisted to determine which TESS snapshots include signals from potential planets and which ones show planet impersonators.

By posting a comment you confirm that you have read and accept our Posting Rules and Terms of Use.
Advertisement
RELATED ARTICLES
Help wanted: Analyze images of Jupiter’s atmosphere
Earth-sized exoplanet discovered by NASA’s TESS satellite
Video: NASA Preps New Satellite to Search for New Worlds
NASA’s New Exoplanet Hunter Will Begin Searching for Earth-like Worlds Orbiting Other Stars This Year
Earth-sized exoplanet found to have no atmosphere
Advertisement