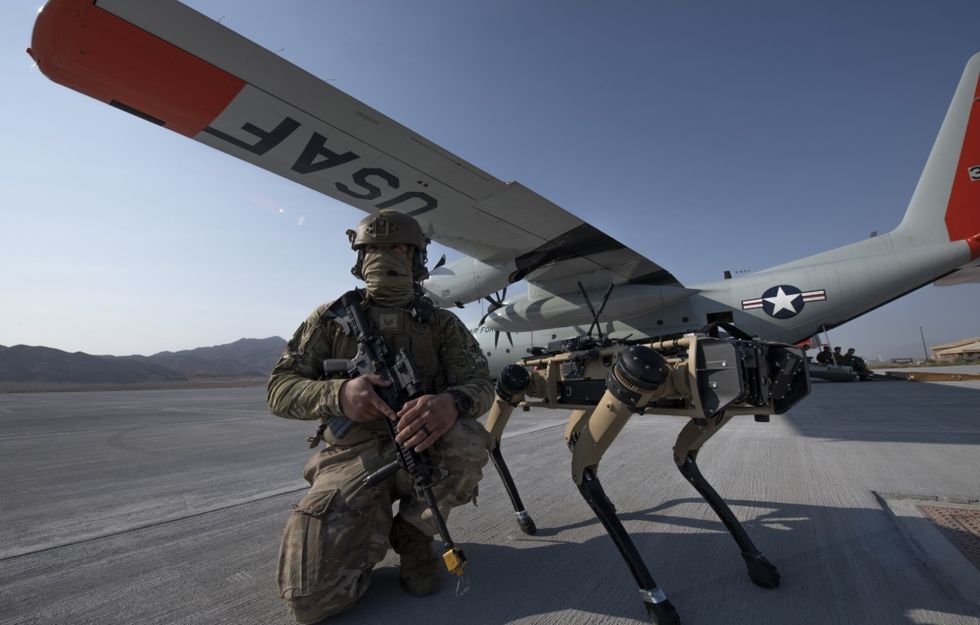 The Ghost Robotics Vision 60 series of robots is being tested for the ability to provide Air Force personnel with sensor data gathered by the robot’s various onboard sensors, offering visuals of areas under scrutiny.

The Q-UGVs are reportedly capable of providing troops situational awareness by scouting for threats, thereby protecting the troops. Additionally, the robots are capable of remote inspection, intelligence, surveillance, reconnaissance, mapping, security and communications.

To see how the robots are being used, watch the accompanying video that appears courtesy of Ghost Robotics.

Re: US Air Force using robot-dogs to secure air bases
#1

Re: US Air Force using robot-dogs to secure air bases
#2
In reply to #1
Brave Sir Robin

It looks like Carol Channing on the left, but I am drawing a blank on the right.

Re: US Air Force using robot-dogs to secure air bases
#3

Funny. You click on first story, scroll down to links and the first one says " Buy dog food online" , while the second one says " Cute puppy names " !