UPS says it is buying 125 hybrid electric delivery trucks that will deliver up to four times the fuel economy of a conventional vehicle. The trucks will be deployed in Arizona, Texas, Nevada, Mississippi, Alabama, Georgia and Florida in the first half of 2016. 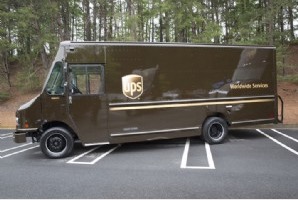 One of the hybrid electric delivery trucks purchased by UPS.The company cites its commitment to reducing the environmental impact of its fleet despite the vehicles’ higher cost. The initiative is part of UPS’s Rolling Laboratory created to optimize the use of alternative-fuel and advanced-technology vehicles.

UPS has also launched a UK trial of range-extended electric vehicle (EV), which could travel several hundred kilometers farther than conventional EVs. UPS developed a prototype for the vehicle in conjunction with TEVVA Motors.

The extended-range vehicle will be deployed in Barking, East London, and will likely travel 100-150km per day. The vehicles feature a small, efficient diesel engine, which works as a generator and can recharge batteries on the road if they begin to deplete.

The prototype will initially run for 12 months, after which UPS’ Rolling Laboratory will analyze results to see if the vehicle is viable for widespread operations.

South Korea Reforms Could Lead to Autonomous Vehicles by 2020