South Korea Reforms Could Lead to Autonomous Vehicles by 2020 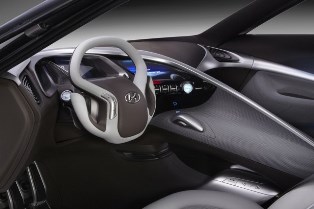 Presidential spokesman Min Kyung-wook is quoted as saying that autonomous vehicles could account for 75% of the global car market by 2030.

“We should step up efforts for the development of the unmanned vehicle industry,” President Park Geun-hye is quoted as telling an audience in the city of Daejeon. She added that as the world’s fifth-largest automobile producer, South Korea has the technology to develop unmanned vehicles.

Hyundai Motor Co. and Kia Motors Corp. are both based in South Korea.

By posting a comment you confirm that you have read and accept our Posting Rules and Terms of Use.
Advertisement
RELATED ARTICLES
Nissan Pledges Autonomous Cars by 2020
University Boycotted Over 'Killer Robots'
Self-driving trucks are key to solving first-mile logistics challenges
Samsung Launches Automotive Electronics Unit
Ford Open to Experiment in Automotive Sector
Advertisement