Researchers from Manchester University in the U.K. have created a biodegradable glue alternative from synthetic spider silk.

To produce the environmentally friendly glue, the researchers encouraged harmless bacteria to generate spider silk by feeding it sugar and nutrients in a process of fermentation. Once developed, the synthetic glue was able to stick glass together with an adhesive strength rating of 6.28. 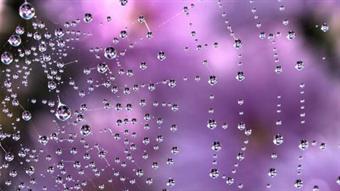 According to Dr. Aled Roberts from the Manchester Institute of Biotechnology who led the research: "We found evidence that the mechanism of adhesion was due to unfolding of the protein and reorganization into a dense hydrogen-bonded structure rich in what are known as β-sheets. This was interesting because natural spider silk has been shown to undergo a similar transformation into a β-sheet rich structure as spiders spin their silk — and is understood to be what makes spider silk so strong and tough. Kevlar also gets its strength from a densely hydrogen-bonded network."

The team chose to produce synthetic spider silk to mimic the silk spiders produce to capture insects in their webs.

The research appears in the journals Materials Today Bio.

By posting a comment you confirm that you have read and accept our Posting Rules and Terms of Use.
Advertisement
RELATED ARTICLES
Wood and spider web composite material a possible plastic alternative
Watch: Synthesizing Silk for Medical Use
Unique Spider Silk Is Better than Kevlar
What Makes Spiders Descend Gracefully?
Space missions could host bacterial factories for fiber fabrication
Advertisement