Team develops line of soft robots inspired by the cheetah 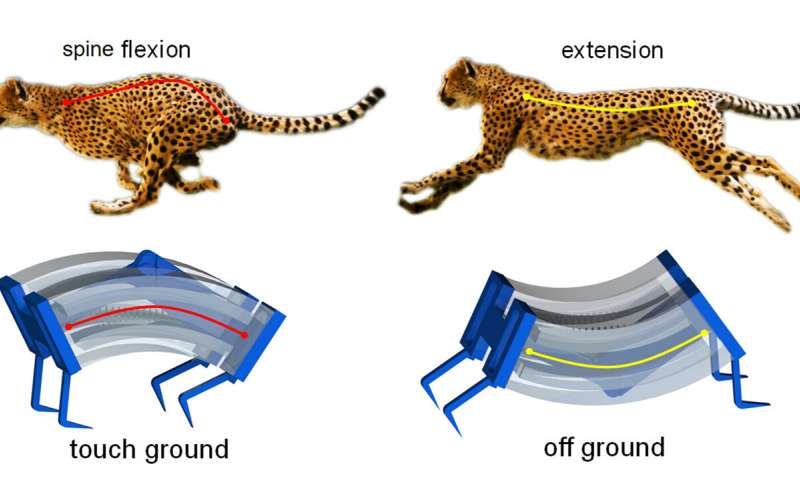 The team modeled their soft robots, called the leveraging elastic instabilities for amplified performance (LEAP), after the cheetah, reportedly the fastest animal on land, mimicking how the animal flexes its spine to achieve high speeds. To do this, the researchers built the soft robots with a spring-powered bistable spine that enables the robots to move between two different stable states via pumped air through the channels in the soft robots’ linings.

Switching between the different stable states is accomplished through the release of energy, enabling the robot to exert force on the ground, which allows the cheetah-inspired robot’s feet to leave the ground, resulting in a galloping motion.

The team envisions using the cheetah-inspired soft robots for search and rescue and industrial manufacturing applications in the future.

By posting a comment you confirm that you have read and accept our Posting Rules and Terms of Use.
Advertisement
RELATED ARTICLES
MIT lab develops cheetah-like robots that can flip, play and hide
Electromechanical robots that are faster than cheetahs
Robots to take over tasks at both in-person and virtual tradeshows
UC Berkeley turns robot dogs into robot guides for the visually impaired
Engineers develop process for 3D printing flexoskeletons
Advertisement