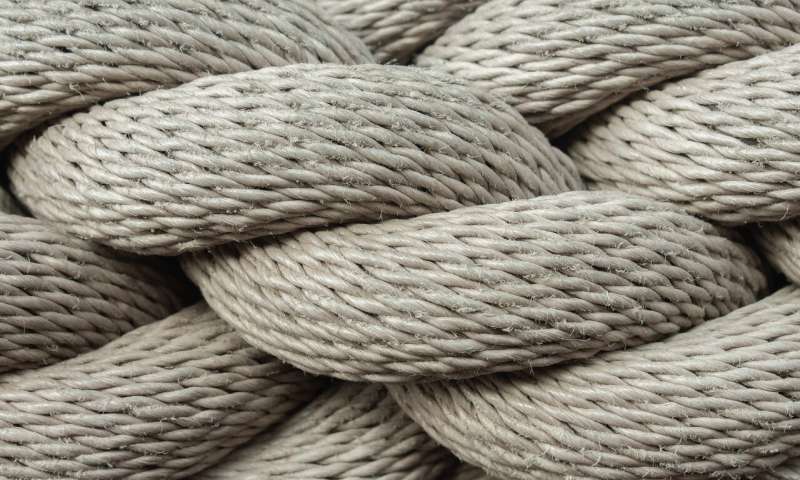 An international team of researchers led by the University of Bordeaux in France has created a yarn-like material derived from human skin cells.

To develop the so-called skin yarn, researchers grew skin cell fibroblasts (which are the cells that encourage the production of fibers and collagen) on sheets of material and then reconfigured the material into shapes like strings for suturing applications, for instance. Likewise, the material could also be braided and knotted and woven into human textiles to create various valves and tubes.

Such medical textiles outfitted with human skin could potentially encourage wound healing or possibly replace parts of damaged organs within humans without rejection, according to the developers of the material. The body will likely not reject the woven human textiles because they are natural human cells versus the synthetic agents often rejected by the human immune system.

So far, the material has been successfully tested on animals. For instance, researchers already constructed a tube from the material and grafted it onto an artery within a test sheep. The team also used the material to suture open wounds in rats.

The team is now preparing to test the material on humans.

The study titled "Human textiles: A cell-synthesized yarn as a truly “bio” material for tissue engineering applications" appears in the journal Acta Biomaterialia.

By posting a comment you confirm that you have read and accept our Posting Rules and Terms of Use.
Re: Research team develops yarn-like material from human skin cells
#1

And, they consulted Hannibal Lecter on how to make lampshades from the material.