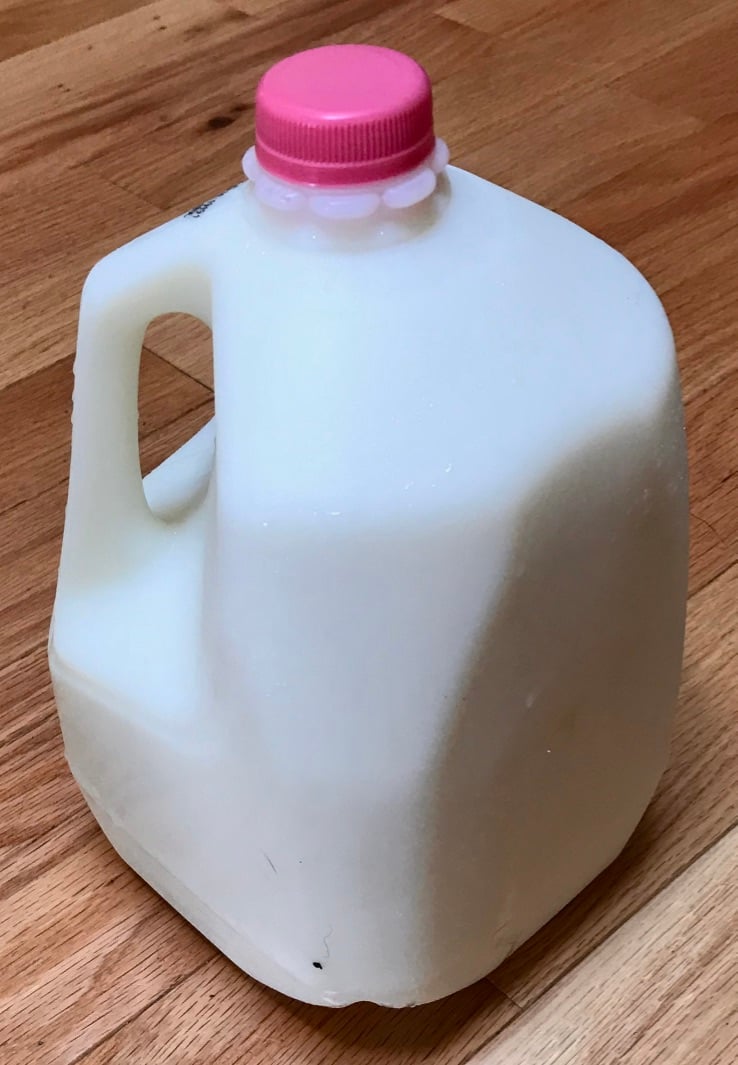 RIsheehan/CC BY-SA 4.0A construction firm in South Africa has recently paved a stretch of road on the outskirts of the coastal city of Durban in plastic asphalt derived from half-gallon milk containers.

In a bid to reduce mounting plastic waste, South Africa’s Shisalanga Construction firm used high-density polyethylene (HDPE) commonly found in plastic milk containers and transformed the plastic into pellets at a local recycling plant. Those pellets were then combined with asphalt to create the almost 1,300 ft stretch of road.

Estimates are that the road contains as many as 40,000 recycled half-gallon milk containers within the asphalt mixture. Likewise, reports are that the road can withstand temperatures ranging from -7.6° F to 158° F and is more durable and water-resistant than conventional asphalt. This means that in the long run, the roads will likely end up saving the city money in maintenance and repair costs.

Since the road’s debut, the KZN Department of Transport, which is the group leading the plastic asphalt initiative, has expressed interest in developing additional transportation-related projects using the combined plastic asphalt mix.

This initiative is just one of many recent initiatives designed to keep plastic waste from accumulating in both landfills and the world’s oceans. Other initiatives for repurposing plastic include a village in Bocas del Toro, Panama, that has been constructed entirely of discarded plastic bottles. The structures within the so-called Plastic Bottle Village include a dungeon, a castle, a museum and an educational center, all of which are constructed from plastic waste.

Meanwhile, a Costa Rican-based company is manufacturing bricks from shredded plastic to use in the construction of houses, hospitals, roads and schools in Cape Town, South Africa, while designers in the Dutch city of Zwolle have built a bike path composed entirely of recycled plastic.

Yet, plastic is not only being recycled for construction purposes. Designers in Norway have turned the plastic from fishing nets recovered from the ocean into seating for schools and offices and a European carpet company is turning recovered ocean plastic into carpeting for homes.

By posting a comment you confirm that you have read and accept our Posting Rules and Terms of Use.
Re: Construction firm turns discarded milk containers into roadways
#1

How much sorting was required? It refers to 1/2 gallon bottles but shows 1 gallon picture. I think they would be same (HDPE) but would contamination with other plastics cause severe problems? Sorting seems to be biggest problem with recycling plastics.

A further consideration is how well can this new paving material be recovered to recycle again once it has reached end of life.

Keeping micro fragments of plastic out of the environment is the real goal...not simply reusing the material > 1 time and then having it breakdown and pollute the environment/food chain through another route.

I'm skeptical that this would be durable; I've seen milk jugs break down pretty quickly in sunlight. Plus, this would generate tiny plastic particles as the roadway gets worn down from use.

We are providing a lot of good services. With the advertising search engine, you will benefit from using our services. and much more benefit from my company.Thanks

See the entire discussion on CR4, the Engineering Community
Advertisement
RELATED ARTICLES
Going Beyond the Surface of Asphalt Pavement
Company paves roads with plastic
Watch as a robotic arm builds string-reinforced roads
How Are Roads Made?
Bike Path Made of Recycled Plastic Unveiled in the Netherlands
Advertisement