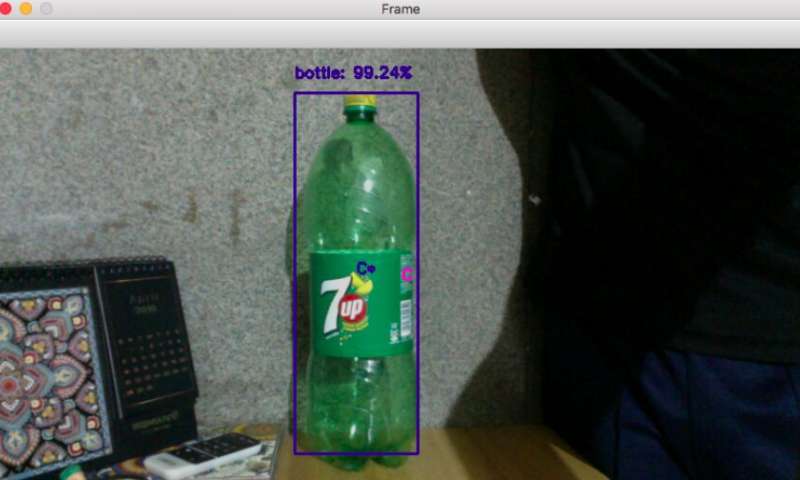 A demonstration of the system’s distance approximation. Source: Bansal et al.Researchers at the Vishwakarma Government Engineering College in India have developed an autonomous garbage detection and collection system to assist waste collection in populous locations.

Using artificial intelligence (AI) algorithms, the robotic system, which has been dubbed automatic garbage detection and collection (AGDC), detects and locates waste, and then collects it using an attached robotic gripper, which places the waste in an onboard drawer.

The system consists of a robotic body composed of a base, drawer and robotic arm, along with a host of machine learning algorithms, including convolutional neural networks (CNNs) to locate the waste within the robot’s vicinity. Once located, the system gauges its location by examining images amassed by an integrated camera.

The current prototype of the system can collect and carry roughly 100 g to 200 g of garbage. However, the team envisions that future iterations of the AGDC will be capable of carrying roughly 2 kg to 3 kg of waste before having to unload. The researchers also envision training a new CNN model that would enable the AGDC to locate several pieces of garbage at once.

The research appears in arXiv.

By posting a comment you confirm that you have read and accept our Posting Rules and Terms of Use.
Advertisement
RELATED ARTICLES
Video: Autonomous boat collects harbor trash
This prototype robot from Alphabet sorts trash for recycling
Norway Using Underwater Drones to Help Clean Its Fjords
'Trash Bot' Used to Help Clean the Chicago River
Tool for gathering pollution in the Pacific is broken
Advertisement