The latest version of the Clearbot Neo robot is cleaning up garbage in Hong Kong harbors.

The 3 meter long robotic boat is powered via solar-powered electric motor, artificial intelligence, machine learning and the cloud. It is able to distinguish garbage from other obstacles thanks to a two-camera detection system wherein camera one monitors the water’s surface for garbage, marine life and other obstacles while camera two photographs the trash and notes the GPS location of where it was found. 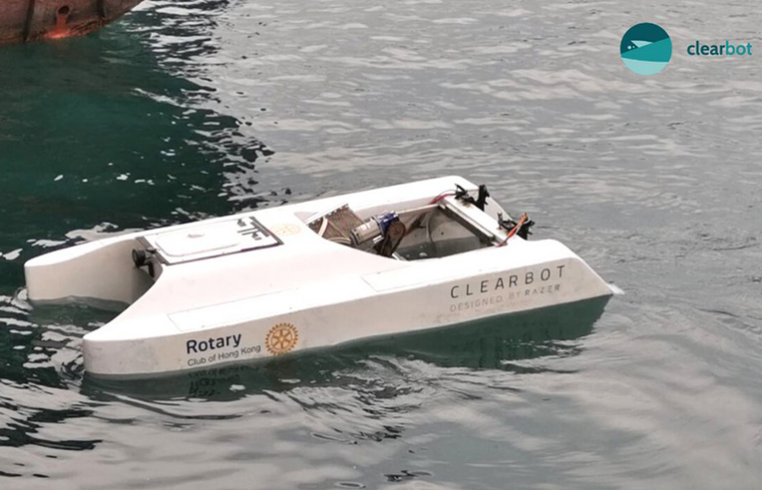 Such technology, according to Open Ocean Engineering, will help to determine how garbage ends up where it does in the first place.

The Open Ocean Engineering team suggests that Clearbot Neo can be fitted with a boom for cleaning localized oil and gas spills and one ClearBot Neo robot can clear as much as 1 metric ton of garbage daily.

For more information on the Clearbot Neo, watch the accompanying video that appears courtesy of Microsoft Asia.

Now, that's pretty neat machine!! We need to deploy some here. The cost could be borne by the plastics industry. Of course, they would add that cost to the product and as always, the consumer would be the one that really pays for it. But, just about everything is that way. A company can't exist without a profit.

See the entire discussion on CR4, the Engineering Community
Advertisement
RELATED ARTICLES
Cleanup Set to Begin at the Great Pacific Garbage Patch
A Commercial Floor-cleaning Robot
This prototype robot from Alphabet sorts trash for recycling
Cleanup Systems Aim to Stem the Tide of Ocean Plastic Pollution
Tool for gathering pollution in the Pacific is broken
Advertisement