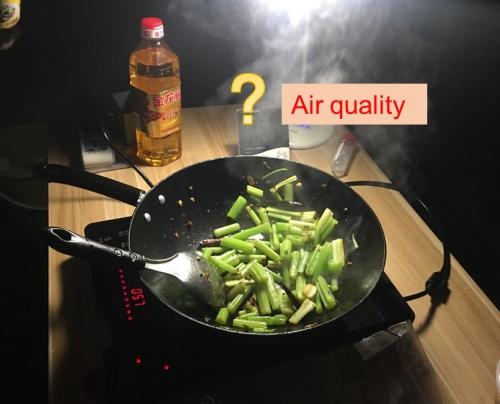 Source: Yao HeA team of researchers from the Institute of Atmospheric Physics, Chinese Academy of Sciences in China has devised a new method for tracking cooking-related pollution using black carbon.

The team discovered that black carbon is a sufficient tracer for dividing HOA and COA. Researchers applied the black carbon tracer method to a number of datasets in Beijing and Nanjing, China, and discovered that COA contributed roughly 15% to 27% to total organic aerosol during the summer and over 10% more during heating periods marked by significant enhancement of coal combustion emissions.

Researchers also determined that COA is a significant contributor of organic aerosols in urban settings all over the world, contributing, on average, 15% to 20%.

"Considering that ACSM has been increasingly deployed worldwide for routine measurements of aerosol particle composition, our study might have significant implications for better source apportionment of OA and exposure studies in the future," said Professor Yele Sun from the Institute of Atmospheric Physics, Chinese Academy of Sciences.

The findings appear in the journal Geophysical Research Letters.

By posting a comment you confirm that you have read and accept our Posting Rules and Terms of Use.
Advertisement
RELATED ARTICLES
Study: Restaurants Are Significant Air Pollution Contributors
Aerosol Emissions Driven by Consumption
China's Air Pollution Is Clouding Its Solar Energy Output
Study: The Molecular Makeup of Organic Aerosols
A More Precise Analysis of the Organic Fraction of Smog
Advertisement