Engineers at Princeton University have developed new maps that predict coastal flooding for every county on the Eastern and Gulf Coasts and find 100-year floods could become annual occurrences in New England and happen every one to 30 years along the southeast Atlantic and Gulf of Mexico shorelines.

"The historical 100-year floods may change to one-year floods in Northern coastal towns in the U.S.," said Ning Lin, associate professor of civil and environmental engineering at Princeton University. 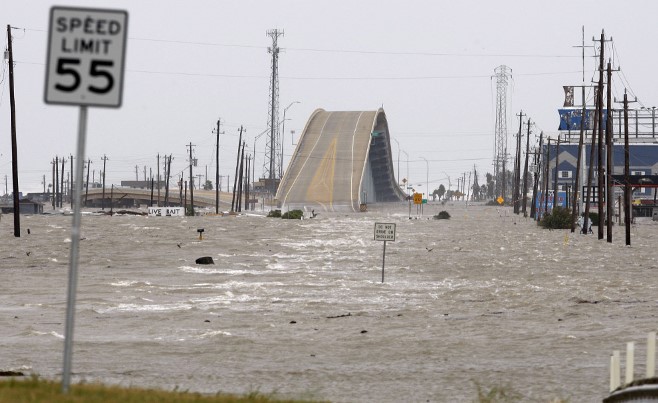 Coastal areas along the Gulf of Mexico will face higher flood levels because of both sea level rise and increasing storms into the late 21st century, the report said. Source: WikimediaIn a paper published in the journal Nature Communications, researchers combined storm surge, sea level rise and the predicted increased occurrence and strength in tropical storms and hurricanes to create a map of flood hazard possibility along the U.S. East Coast and Gulf of Mexico.

"For the Gulf of Mexico, we found the effect of storm change is compatible with or more significant than the effect of sea level rise for 40% of counties. So, if we neglect the effects of storm climatology change, we would significantly underestimate the impact of climate change for these regions," said Lin.

The study's predictions combine multiple variables that are typically addressed separately. For example, the new maps use the latest climate science to look at how tropical storms will change in the future instead of what they are right now, or even looking backwards at previous storms, as federal disaster officials do to build their flood maps. These data, in turn, are integrated with sea level analysis.

The researchers hope that creating more accurate maps — especially those that are customized according to local conditions down to the county level — will help coastal municipalities prepare to face the effects of climate change.

And their track record of predicting storm behaviors over the last ten years has been . . . ?