Next Century Will Bring Deep Water to New York City

The likelihood of New York City enduring nine-foot floods—like those produced by Superstorm Sandy—will be at least three times greater by the year 2100 than it was in 2000, according to a paper published by researchers from Rutgers University, Princeton University and the Woods Hole Oceanographic Institution. 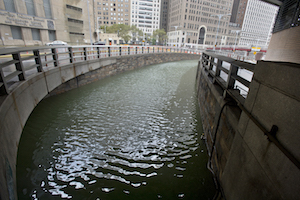 The Brooklyn-Battery Tunnel, in Manhattan, as it appeared in the immediate aftermath of Hurricane Sandy. Image credit: Metropolitan Transportation Authority of the State of New York. Prior research led by Andra Reed, now a postdoctoral scholar at Rutgers, had shown a 20-fold increase in the frequency of extreme floods, primarily as a result of sea-level rise, between the period from 850 to 1850 and the late 20th century. The sea-level rise was largely due to natural effects, including the slow sinking of the land in the mid-Atlantic region in response to the end of the last ice age. But by the late 20th century, human-caused climate change came to dominate sea-level rise.

The new study reports that floods as intense as Sandy’s would have occurred about once every 400 years, on average, under the sea-level-rise conditions of the year 2000. Over the 21st century, however, they are expected to be about four times more probable due to an acceleration in the rate of sea-level rise.

“The grand answer is that things are going to get worse by 2100,” says Benjamin Horton, professor of marine and coastal sciences. “If nothing changes with hurricanes, sea-level rise alone will increase the frequency of Sandy-like events by 2100.”

However, the size, intensity and tracks of hurricanes may change. Combining historical climate data and modeling of future climate conditions and storm surges, Ning Lin, assistant professor of civil and environmental engineering at Princeton, found that these changes may lead to a more modest three-fold increase in flood probability, but may also break badly against New York City, making Sandy's flood up to 17 times more probable.

By posting a comment you confirm that you have read and accept our Posting Rules and Terms of Use.
Advertisement
RELATED ARTICLES
Engineers draw new maps to highlight coastal flooding risk
As sea levels rise, these cities are most at risk, report says
Rising Sea Levels Could Curb Coastal Rail Service
Commentary: Let's Talk About the Weather
New UN Report Again Warns of Risks from a Changing Climate
Advertisement