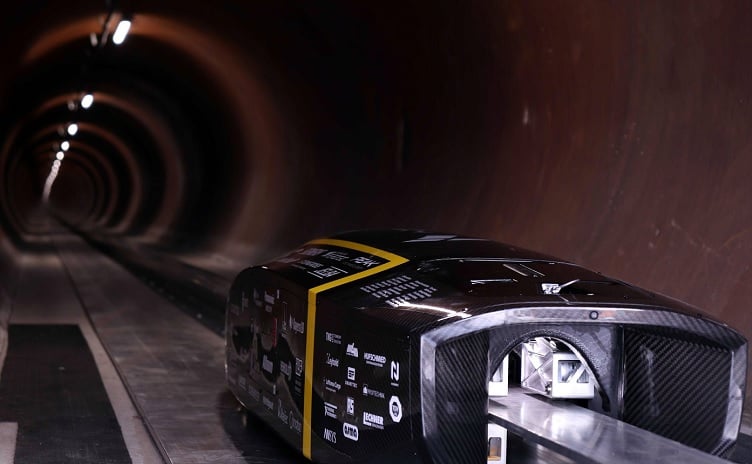 An artist's rendering of the TUM Hyperloop's pod that was used during the SpaceX event. Source: TUM Hyperloop

The student team from the Technical University of Munich (TUM) won the fourth SpaceX Hyperloop Pod Competition that took place over the weekend, reaching a top speed of 288 miles per hour (mph).

This was the fourth time the TUM Hyperloop team won the competition, just missing the world record for hyperloop pod speed, which was set by the TUM team last year at 290 mph.

The Swissloop team from ETH Zurich came in second with a pod reaching 160 mph, followed by the EPFLoop team from EPFL in Switzerland with a pod that reached 148 mph. The pod from TU Delft was unable to complete its run because its emergency brakes activated after 200 meters due to a communication breakdown.

A total of 21 student teams from around the world competed with prototype pods along SpaceX’s hyperloop test track at its headquarters in Hawthorne, California. The hyperloop pods had to pass 100 tests before racing the pods, working through failed components and software rewrites.

In addition to testing its pod system for pure speed, the TUM Hyperloop team is also exploring the feasibility, sustainability and cost-effectiveness of the hyperloop. The team built a functioning levitation system that was presented at the competition along with an ultra-rigid concrete tube system.

Elon Musk, CEO of SpaceX, tweeted after the event that next year’s SpaceX Hyperloop Pod Competition will be in a six mile vacuum tunnel with a curve.

And what was the originally proposed speed of hyperloop?