Tapping unconventional oil and gas resources via hydraulic fracturing requires the consumption, and subsequent quality degradation, of vast amounts of freshwater. Dry fracking options could alleviate water supply issues in arid areas and pollution problems in all regions. The potential for carbon dioxide to substitute for water as a dry fracking agent was evaluated by researchers from the Chinese Academy of Sciences and 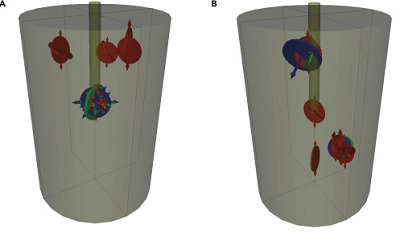 CO2 fracturing experiments were conducted in the field and in the laboratory, the latter using a tri-axial chamber to subject shale outcrop samples to fracturing processes at reservoir conditions. Laboratory comparisons of water versus CO2 agents showed that higher stimulated reservoir volume can be achieved by CO2, which would translate to more effective fracturing and enhanced oil/gas production due to larger drainage areas. In repeated experiments, the effectiveness of CO2 fracturing was proved to be universal at different operational conditions and underground environments. Production increased by 4- to 20-fold after the dry CO2 fracturing process was implemented at a tight oil reservoir in northeastern China.

The study published in Joule suggests that compared to water fracturing, CO2 can present an environmentally sustainable alternative, particularly for reservoirs with water-sensitive formations or located in arid areas. The technology could also contribute to the underground storage of this greenhouse gas, but supply and economic barriers remain to be overcome. The high cost of capturing and transporting CO2 from emission sources currently precludes exploitation of the gas as an industry-wide fracking fluid replacement.