Ten energy companies are helping to fund the Energy Web Foundation (EWF), a non-profit organization whose mission is to accelerate the commercial deployment of blockchain technology in the energy sector. With their support, EWF has secured funding amounting to $2.5 million. 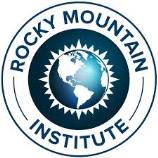 Blockchain technology is intended to reduce transaction costs by keeping a single logical copy of transaction records—avoiding the need for reconciliation and settlement.

Blockchain technology can be used to reduce the cost of utility bills or the need for working capital in wholesale market gas or electricity transactions. It also can allow millions of energy devices (HVAC systems, water heaters, electric vehicles, batteries, solar PV installations, and so on) to transact with each other at the distribution edge while providing support to utilities and grid operators to integrate more utility-scale variable renewable energy capacity at lower cost.

In the Netherlands, TenneT, sonnen, Vandebron, and IBM are launching a pilot project that will adopt blockchain technology to use electric vehicles to help ease imbalances on the power network.

“The main challenge of the electricity sector in the 21st Century is to integrate more renewable energy into the grid in a cost-effective fashion in a context of largely flat or diminishing demand. The only way we know how to do this is by automating the demand side—by allowing many more participants in the grid. That means automation at the distribution edge, and integration of this automation with wholesale markets,” says Hervé Touati, a managing director at RMI and president of EWF.

"Distributed energy resources (DERs) such as solar, wind, and electric vehicles are a growing trend in Japan as well as the rest of the world," says Hirokazu Yamaguchi, executive general manager, Global Innovation & Investments at TEPCO. "We believe that blockchain technology has the potential to play a significant and critical role in the transition to a more secure, resilient, cost-effective, and low-carbon distributed energy paradigm, and that joining EWF will help us to offer new and improved services to TEPCO customers."

A test-network known as "Kovan" has the ability to perform up to 1,000 transactions per second (tps) and is used by other blockchain start-ups. By embedding further state channel technology, the partners intend to scale the technology to 1 million tps over the next several years.

In parallel with the development of an open-source IT infrastructure, EWF also will work on analyzing use cases and organizing task forces to push the most promising use cases into proof of concepts and commercial applications, while incubating an ecosystem of application developers, and cooperating with regulators and standardization bodies to facilitate deployment. EWF says it is actively soliciting collaboration with other technology providers eager to support the open-source approach of eliminating energy market entry barriers.

By posting a comment you confirm that you have read and accept our Posting Rules and Terms of Use.
Advertisement
RELATED ARTICLES
Tests aim to validate blockchain's grid security potential
IBM Project Aims to Bring EVs Into the Power Grid
Will Energy Offer the Next Market for Blockchain?
Report: Need for blockchain knowledge and skill surging
First Utility-Scale Blockchain Infrastructure Company Powered by Private Renewable Energy
Advertisement