According to the World Nuclear Performance Report 2018 issued by the World Nuclear Association, global nuclear electricity output was 2,506 TWh in 2017. This increase of 29 TWh compared to 2016 marks the fifth successive year that nuclear output has increased, with generation 160 TWh higher than in 2012.

Nuclear power plant capacity factor was 81 percent, maintaining the high availability of around 80 percent that has been maintained since 2000, up from the 60 percent average capacity factor at the start of the 1980s. 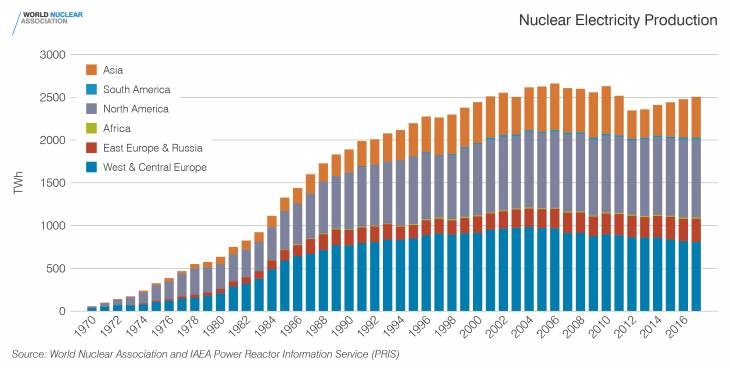 Looks flat to me especially if you consider the time constant for nuclear power.