Is STEM Better Off as STEAM?

“A human being should be able to change a diaper, plan an invasion, butcher a hog, conn a ship, design a building, write a sonnet, balance accounts, build a wall, set a bone, comfort the dying, take orders, give orders, cooperate, act alone, solve equations, analyze a new problem, pitch manure, program a computer, cook a tasty meal, fight efficiently, die gallantly. Specialization is for insects.”

The ever-expanding focus on STEM education in the United States has formed several ideological camps. The one pushing to add an emphasis on arts education to STEM (thus creating STEAM) would probably idolize Lazarus Long as a balanced, creative individual, the model tech employee of the future. Others would 100 percent disagree with his words.

Should STEM evolve into STEAM? What’s the rationale behind this change, and who is behind it? And where does the U.S. rank internationally?

STEM stands for science, technology, engineering and mathematics. The acronym got a major boost in the United States a few decades ago, when its use increased in discussions about a lack of qualified candidates to fill high-tech jobs. Many in the fields of politics and education as well as the general public held that a populace well-educated in STEM subjects was positive for the country’s economic viability and national security.

The gap in STEM employment is often broadcast as a crisis to be solved through active promotion and recruitment of students into STEM fields. Children as young as five or six now experience STEM-centered class projects designed to pique their interest in the hard sciences and engineering. While the education initiative has some detractors, it is firmly entrenched in schools around the United States, from elementary to tertiary levels. The focus now rests on whether STEM by itself is limiting or would benefit from expansion via STEAM.

The Role of Creativity and Arts: Different Views of the Same Thing

Bringing up the STEM versus STEAM debate to 100 people might elicit 30 different reactions. Supplementing the hard sciences with art may seem like a simple matter, but there are several well-reasoned arguments for and against STEAM.

On the pro side:

-Adding the arts and humanities to study of the hard sciences helps technology develop with better morals and ethics than without. This is especially crucial in the current age of AI and automation.

-Like Lazarus Long, the balanced individual is of utmost importance. The quadrivium model of classical education added music to round out study of the arithmetic, astronomy and rhetoric, for example. Exercising the brain and body by studying music, dance, writing or visual art can benefit study of the hard sciences. 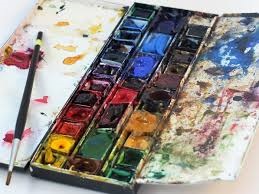 STEAM projects may involve using paints to observe the difference between watercolors and oils. Lessons like these allow students to create art as well as learn about material properties.-Stakeholders in the arts believe the modern focus on STEM is excessive, and that teaching the arts is a more pressing need in a world increasingly obsessed with technology.

-Technology is advancing so rapidly that skills students learn in a STEM curriculum could be obsolete in five years. Teaching students how to think and reason via liberal arts makes them more resilient to these changes.

And on the con side:

-The U.S. push for STEM education is a result of an overabundance of liberal arts graduates in the first place. The shortage of qualified STEM graduates is a national security issue, and the country does not need more humanities graduates in the form of lawyers, sociologists and artists. Cross-pollinating STEM with the arts therefore makes little sense in this context.

-STEM already includes its own form of art in the form of design. STEM has never withheld the arts from its curriculum, and requiring a formal arts component may cause the other concept areas to suffer.

-Some artists disagree with applying art to fields like engineering – this disrespects the original purpose of art.

Poring over these arguments reveals an unfortunate divide between the sciences and the arts, both professionally and academically. It’s easy to see them as opposite ends of a spectrum, and migration between these ends could easily result in sneering and snubbing from the other side.

Critical Thinking: The Most Important Component

Lumping together science, technology, engineering and math into a blanket acronym can be dangerous, in that these fields are fundamentally different despite sharing many similarities. STEM education as a rule teaches science, technology, engineering and math, but it produces different types of professional graduates. For example, a student planning on becoming a postdoc or researcher in the hard sciences or math probably requires less emphasis in creative, outside-the-box thinking than a student wanting to become a professional engineer. But these students would likely find themselves in the same math or physics classes in a university program. 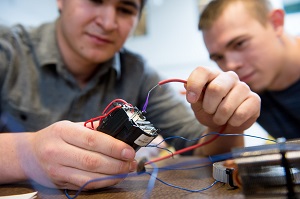 STE(A)M Outside the U.S.

The focus on ramping up STEM is also prevalent outside the United States, although it’s difficult to determine the extent that liberal arts components factor into international programs. The sheer difference between educational philosophies makes comparison between countries almost impossible.

China has experienced a meteoric rise in the sheer number of STEM graduates produced. According to the World Economic Forum’s Human Capital Report, the country produced 4.66 million STEM graduates in 2016. It’s easy to attribute this figure to China’s elevated population numbers, but nearly 50 percent of the country’s total graduates hold STEM degrees; for comparison, the U.S. stands at less than 10 percent.

Where do the arts and humanities fit into China’s narrative? An article published by the University of Southern California’s Rossier School of Education sheds a different light on this question.

Nadia Hillman, the article’s author and a Rossier Ph.D. candidate who traveled to China to visit schools there, described the country’s existing education system (in 2011) as one with long days, few breaks, very public expectations for excellence and traditional lessons involving simple state-issued texts and memorization. Hillman observed a teacher tasked with developing a more creative lesson plan, which involved working in groups, class discussion and cutting up shapes to learn geometry. Following the lesson, the teacher expressed discomfort at teaching a lesson with undetermined outcomes, a stark contrast to the memorization and rote learning typical of Chinese schools.

Yet school lessons like these have been commonplace in U.S. education for decades. Clearly, incorporating new and “creative” elements into teaching and learning varies widely across cultures. If adding the arts to STEM is primarily a means to teach students of the hard sciences to be more creative in their learning and thinking, the U.S. may seem to be falling short of its own standards but is well ahead of other STEM leaders internationally.

Is STEAM an improvement on STEM? Factor in the needs of individual students and differences in education between countries, and this already difficult question seems unanswerable. Whether well-rounded individuals like Lazarus Long or focused specialists are best for the U.S. economy, national security and technological future remains to be seen.

By posting a comment you confirm that you have read and accept our Posting Rules and Terms of Use.
Re: Is STEM Better Off as STEAM?
#1

STE(A)M. The "A" is for Architecture which falls in line with STEM .

This issue has been on my mind even before STEM & STEAM even existed. Science gives people the skills to navigate dead things and technology. Liberal Arts gives people the skills to navigate the realm of people and living things. And, each side tends to exclude the other. Without Science, Liberal Arts is rendered dysfunctional. Without Liberal Arts, Science is rendered irrelevant. Specialists in Science tend to forget who it's for. Specialists in Liberal Arts , tend to forget how things get done. Both are needed. Neither should be exclusive of the other.

Well said. While researching this article (I wrote it), I found that "arts people" and "science people" feel that they sit at two ends of a spectrum, and they definitely resist mingling.

Your comment reminded me of a quote by Francisco Goya that I thought about including in the article. I think it sums up the play between science and art.

"Fantasy abandoned by reason produces impossible monsters; united with reason, fantasy is the mother of the arts and the origin of their marvels."

It seems like the education objective would be better-suited to being more about project management in tandem with project accomplishment. The project(s) would be more effective if they could have each team member develope a single component that, when all brought together to form the single team final, coordinated, project result, which would then be evaluated by the entire class, as to which team completed the most effective result...

Depending on the nature of the project, Architectural Engineering could well play a vital role in the project's success...

I don't disagree with your comment. But, one of my pet peeves is that people seem to not recognize that life is NOT entirely objective. Whether life is worth living or not, is highly subjective (dependent on the judgement of individual persons). Science has a big problem dealing with subjective subjects. Art teaches/allows a subjective aspect of Life. I don't believe Life can be lived satisfactorily without a good blend of both the subjective/objective aspect/relationship. Without science, people are dysfunctional. Without people, science is irrelevant. Not only should people have a good relationship with science, but "science" should also have a good relationship with people. That leads to a more fulfilling life.

But life has taught me that, even if we never spend one second of time playing baseball, softball, or t-ball, life is still gonna throw each of us a lot of curve balls, and what matters is how we each choose to react to each of 'em, hopefully more effectively as we get older...