The Gender-Equality Paradox for STEM 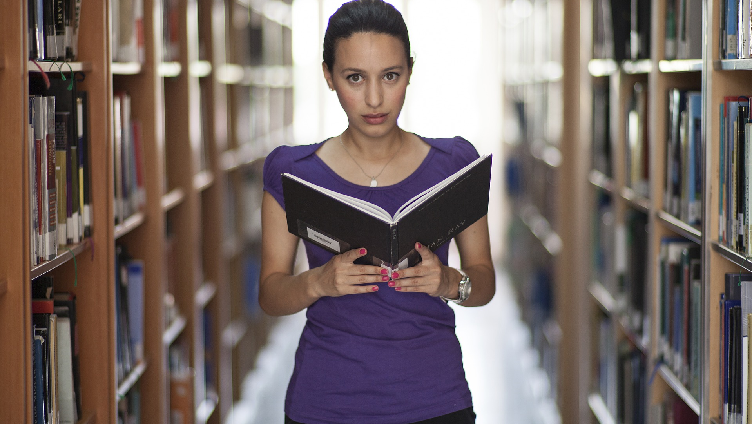 You’d think that societies with more gender equality would have a higher percentage of female graduates in science, technology, engineering and math — also known as STEM — but you’d be wrong. Researchers from the University of Missouri and Leeds Beckett University in the United Kingdom are reporting what they call a "gender-equality paradox" — as societies become wealthier and more gender equal, women are less likely to obtain STEM degrees.

It’s a particularly startling finding, given that these are fields in which girls and women are already underrepresented globally. The research may point to reasons why current approaches to narrow the gap have failed.

The researchers found that, throughout the world, boys' academic strengths tend to be in science or mathematics, which correlates to their likelihood of entering STEM fields. By contrast, girls tend to be strong in reading, which has historically made them more likely to enter non-STEM fields. This gender-based difference has been stable for decades.

In addition, wealthier and more liberal countries tend to provide a more supportive environment for the expression of personal preferences. So while women are actively encouraged to participate in STEM in these countries, more weight is placed upon their following their own interests.

“One consequence is that sex differences in academic strengths and interests become larger and have a stronger influence (on) college and career choices than in more conservative and less wealthy countries, creating the gender-equality paradox," explained David Geary, a Curators' Professor of psychological sciences in the MU College of Arts and Science.

"In more affluent countries where any choice of career feels relatively safe, women may feel able to make choices based on non-economic factors,” added Gijsbert Stoet, a professor of psychology at Leeds Beckett University. “Conversely, in countries with fewer economic opportunities, or where employment might be precarious, a well-paid and relatively secure STEM career can be more attractive to women."

The researchers believe that findings from the study could help target interventions to make them more effective. They also suggest that policymakers should reconsider failing national policies focusing on decreasing the gender imbalance in STEM.

Re: The Gender-Equality Paradox for STEM
#1

On other forums/discussion boards, the mere mention that gender does have an impact on career/life choices, will have you labeled as an ignorant, sexist pig. As an engineer, I provided ample exposure and opportunities for my three girls, yet they all chose a non-STEM path. Bring your kid to work day, STEM activities (YESS), general exposure to engineering around the house, but nope. Not interested. Medical field, liberal arts, and law are their interests respectively. And I'm OK with that. It's important that they do things they like. It wasn't STEM.

Some will say our society discourages young women from the STEM field and I will claim bull-hockey. We bend over backwards to encourage young women into the STEM fields, and yet we're not even close to parity and the trend is glacially slow at best.

At some point we will have to accept that gender makes a difference. Oh, the horrors.

Re: The Sex-Equality Paradox for STEM
#2

These studies of boys and girls who decide to go in engineering continues to be a great source of humor.

Because the aspirations of boys and girls are different, they now give it a name: "paradox".

Why is it considered problematic for girls who decide not to follow the boys in a hi-tech career? What about what girls want?

Women with scientific minds may not want to go into science or hi-tech. Many of these women decide that they would rather go into business, government, banking, education, the social sciences, et al.

Re: The Gender-Equality Paradox for STEM
#3

In the United States, as in many other countries, gender stereotypes affect both women and men in many ways. The same achievements and behaviour are rated higher if they belong to a man. I have been studying equality essay for a long time, conducting various polls, involve students in writing equality essay samples in order to collect my personal statistics. I want to understand at what point in the development of mankind menfolk began to be considered more competent and who are more willingly hired to work with higher wages.