A new wind turbine is installed every two and a half hours in the U.S. and in 2016 wind power provided 5.6 percent of all electricity produced. Wind potential is growing all of the time but it is still far from its complete potential. Researchers from The University of Texas at Dallas took the challenge of bringing wind power to its fullest potential and developed a method to extract more power from the wind.

According to the Texas Advanced Computing Center (TACC), the new method could increase wind power potential by 6-7 percent. Even a 1 percent improvement in wind power production in all wind farms in the U.S. would generate $100 million in value. This means a 6-7 percent increase would be at least $600 million in added wind power.

A few years ago Stefano Leonardi, associate professor of mechanical engineering and author of the paper, and a team of researchers used fluid dynamics to create models that integrate physical behavior over a range of scales and predict wind power with supercomputers. 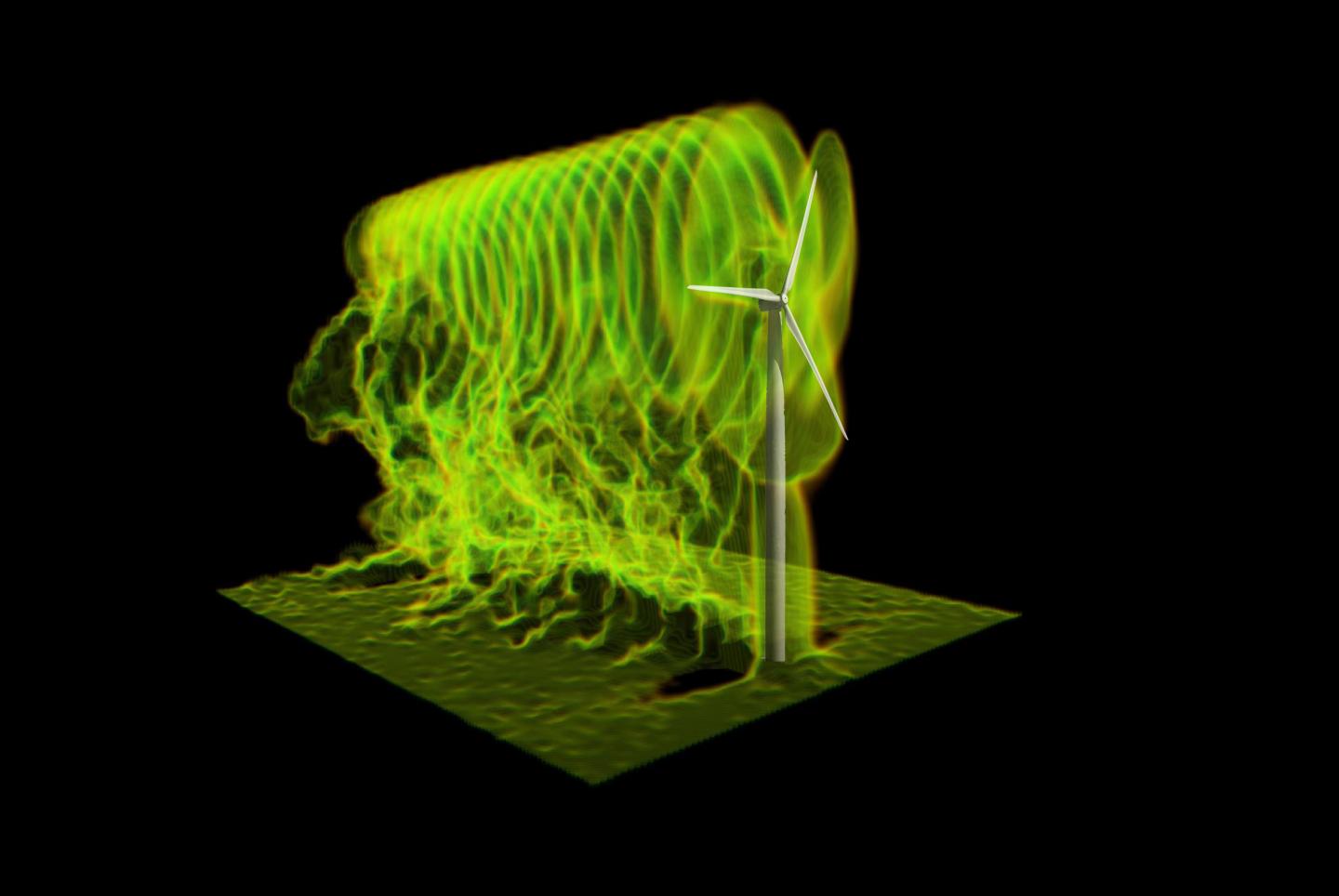 The December 2017 cover image of Wind Energy was produced using the Stampede2 supercomputer at the Texas Advanced Computing Center.(Source: Stefano Leonardi, University of Texas at Dallas)

One of the challenges in the research is modeling the variability of wind in any region at a specific time. The team combined their code with the Weather Research and Forecasting Model (WRF), a weather prediction model developed at the National Center for Atmospheric Research, to overcome this problem.

"We can get the wind field from the North American Mesoscale Model on a coarse grid, use it as an input for five nested domains with progressively higher resolution and reproduce with high fidelity the power generation of a real wind farm," Leonardi said.

The team was able to accurately model wind on a wind farm and the production of each turbine on the farm because of the power of computers. They then tested the model’s results against the data from a real wind farm in North Texas. They saw a 90 percent matching of data between the two.

Wake interactions cause up to 20 percent of power production from wind, according to the U.S. Department of Energy. It was important for the researchers to understand how turbulence impacts energy generation and adjust the behavior of the turbines in order to gather as much power as possible.

"Many thought it would not be possible to use this approach because of turbulence and the fact that it provides a situation where turbines are changing all the time," Leonardi said. "But we did a huge number of simulations to find out a way to filter turbulence out of the control scheme. This was the major challenge."

When extremum seeking control is in play, the system increases and reduces rotational speed of a spinning turbine blade, measuring power and calculating the gradient. This is repeated until the controller reaches optimal operating speed.

"The important thing is that the control algorithm does not rely on a physics-based model," Leonardi said. "There are many uncertainties in a real wind farm, so you cannot model everything. The extremum seeking control can find the optimum no matter if there is erosion or icing on the blades. It's very robust and works despite uncertainties in the system."

In testing of the approach, virtual wind experiments were run on supercomputers, including two of the most powerful computers in the world, at the TACC. The team ran these systems through the University of Texas Research Cyberinfrastructure (UTRC) initiative.

Access to supercomputers is important because wind turbines are expensive to build and operate, leaving only a few wind research facilities available for research.

"The benefits of using high-performance computing to create a virtual platform for doing analyses of proposed solutions for wind energy are enormous," said Mario Rotea, professor of mechanical engineering at UT Dallas, and site director of the National Science Foundation-supported Wind-Energy Science, Technology and Research (WindSTAR) Industry-University Cooperative Research Center (IUCRC). "The more we can do with computers, the less we have to do with testing, which is a big part of the costs. This benefits the nation by lowering the cost of energy."

The researchers have yet to test the extremum seeking control on wind farms, but they have already applied this method to a single wind turbine at the National Renewable Energy Laboratory (NREL).

"The research allows us to optimize wind energy power production and increase the penetration of renewable energy in the grid," Leonardi said. "There will be more power generated by the same machines because we understand more about the flow physics in a wind farm, and for the same land use and deployment, we can get more energy."

The paper on this research was published in the journal Wind Energy.

By posting a comment you confirm that you have read and accept our Posting Rules and Terms of Use.
Advertisement
RELATED ARTICLES
Wind farm optimization is a breeze with new modeling tool
Wind Capacity Passes Hydro in 2016
Here's Why Wind Farm Repowerings Are Becoming More Popular
Wind Turbines Have Grown Taller, More Powerful
GE Marks 25,000th Wind Turbine Installation
Advertisement