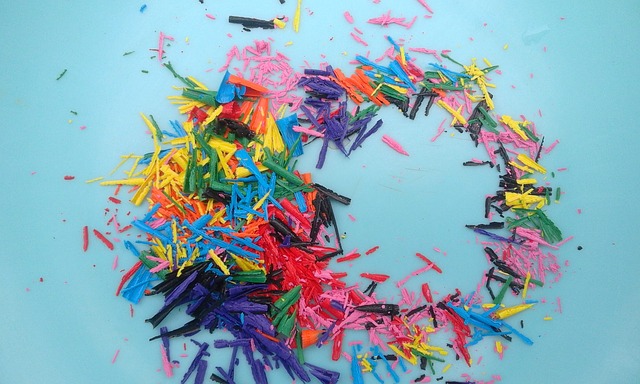 Engineers are just like the rest of us. They are inspired by music, nature, travel and books. Yet, that is probably where the resemblance ends. Because, oftentimes, once inspired, engineers go out and use that inspiration to create something or to solve some problem.

Though not typically considered a creative field, engineering requires a great deal of creative thinking. As such, some of the following include ways that engineers go about enhancing their creativity.

Take a Walk Outside

Though often associated with working the physical muscles of the body, taking a walk is likely to strengthen a person’s creative muscle as well. Fresh air and exploring nature might not only help clear the mind, and engineers in particular might take elements from nature and apply them to some design or creation.

Take for instance innovations in the biomimetic and nano-biomimetic fields. The “fog drinking” Namib Beetle was the inspiration for self-refilling water bottles that harvest water from the air.

As children, coloring books offered us a creative outlet. Nowadays, there are a number of adult coloring books on the market to help transport us to a time when we were likely more creative. Adult coloring books are designed to help soothe us and offer a relaxing respite from the day-to-day minutiae of life, lulling us into a frame of mind that will likely open us up to creative thinking.

Coloring books can be geared to specific fields as well, including coloring books designed with engineers (both current and future) in mind. Specifically, there is an adult coloring book meant to appeal to electrical engineers called "Circuit Boards." Likewise, there are a number of STEM-themed coloring books on the market.

Travel is likely to inspire just about anyone. Setting foot in a new place is always exciting and invigorating. Yet, for engineers, travel can really be a source of new ideas, particularly when it comes to design. Not only can visiting new destinations inspire engineers, details like architecture might summon innovative design ideas.

Among the top destinations thought to stand as sources of inspiration for engineers are the Palm Islands off the coast of Dubai in the United Arab Emirates (mainly for its grouping of artificial islands), the Taj Mahal, the Great Wall of China, The Panama Canal and the Hoover Dam. These are just some of the sites that engineers should see at some point in their lives. If not simply for pleasure, then for the feats of engineering that these structures represent.

Listen to (and Play) Music

Music is universally inspirational. Both listening to and playing music can summon a number of emotions and feelings all at once. Whether it is designed to relax us or to invigorate us, music is likely to spur us to some sort of action.

Recognizing the connection between music and creative inspiration, the School of Engineering and the Friends of Music at Stanford University developed a fellowship that offers music lessons to engineering students specifically. The idea behind the program being that music makes them better students.

The number of books about engineers, both for engineers and by engineers is overwhelming. So it should come as no surprise that many engineers credit literature for their creative inspiration.

For instance, well-known engineer Maurizio Porfiri credits the fictional works of Paul Auster as inspiration for the robots that he creates.

“Being creative and being curious is more important than being the smartest or the best at equations if you want to be a great engineer or researcher,” said Porifiri.

Reading serves to inspire engineers. Take for instance the number of available works out there that deal with the subject of engineering alone. "Zen and the Art of Motorcycle Maintenance," considered one of the most influential engineering books of the 20th century, details one mechanical engineer's quest to define the question “What is quality?” Another book geared toward the engineering community is "To Engineer is Human: The Role of Failure in Successful Design" by Henry Petroski. This book details how important it is for engineers to consider design failures as it is to study design success stories.

Engineers can also take inspiration from works of fiction like "Cat’s Cradle" by Kurt Vonnegut about an asocial scientist/engineer, or "The Intuitionist" by Colson Whitehead about an elevator inspector.

Often, inspiration doesn’t come from some outside source. Instead it can come from a jumbling of ideas battling it out in our heads. One creative outlet for such ideas might involve making a list. Making a list of ideas or potential solutions to a problem can lead to a sort of organic brainstorming session where ideas lead to even more ideas.

Often associated with relaxation, playing video games helps to clear our minds and unwind from a full day. Considering that relaxation is essential for creation, there are a number of video games that would specifically appeal to engineers. Among them are Tetris, SimCity and Space Engineers just to name a few.

The art of paper folding, origami, has become a popular pastime for many engineers. The folding and unfolding, the furling and unfurling, have no doubt served as inspiration for some of the world’s most important inventions. For instance, origami has probably inspired engineers to create samples and prototypes of machines that fold, unfurl, flex and collapse.

Go Forth and Create

While creative inspiration can come from just about anywhere, engineers also need the tools to make their creative visions a reality. And what better way than with 3D printing?

3D printing has opened up a whole new world for engineers in terms of creativity. Because the 3D printers now come in a number of shapes and sizes, many of which fit easily in a home, engineers can give life to whatever creative idea is born from inspiration. They can bring their visions to life in prototype form complete with details like moving parts.

Interesting Engineering—Top 5 Engineering Destinations to See Before You Die

ZDNet—To Innovate, Scientists and Engineers Find Inspiration in the Arts

By posting a comment you confirm that you have read and accept our Posting Rules and Terms of Use.
Advertisement
RELATED ARTICLES
Innovation, Engineering and the Arts
How to Succeed as the Makerspace Movement Gains Steam
Finding the Crossroads of Engineering and Art
Employees motivated to develop creative ideas when offered choice of rewards
Introduce a girl to engineering
Advertisement