Finding the Crossroads of Engineering and Art

For some practitioners, the line between engineer and artist is blurred and easily crossed.

At first blush the mindset of the artist and that of the engineer seem worlds apart: the former creative and free-thinking, the latter meticulous and fact-based. But is that assumption necessarily true? 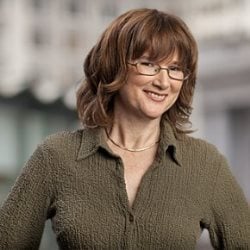 Eve Hinman says no.Both Hinman and Kobayashi are engineers. They’re also artists. Hinman is president of Hinman Consulting Inc., a blast engineering and antiterrorism design consultancy in San Francisco. Kobayashi is a mechanical engineer in Vancouver, Canada. Hinman attended the Fiorella LaGuardia High School of Music and Art in New York City before discovering an aptitude for math. She holds a doctorate in Engineering Mechanics, and her MS and BS in Civil Engineering from Columbia University (with structural emphasis). She paints in her spare time. Kobayashi makes tiny sculptures from metals.

Neither can imagine a life that doesn’t allow them to express themselves as both artist and engineer. The two pursuits are inherently related, tied in a somewhat mysterious yet intrinsic way, they say. 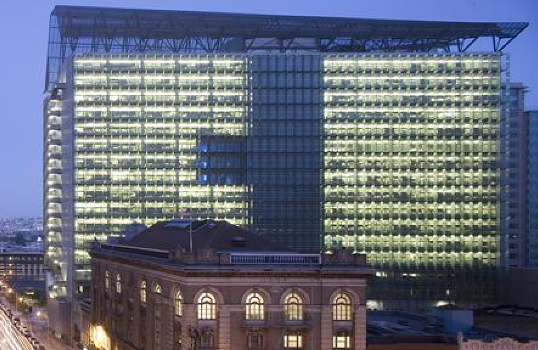 Hinman integrated blast-resistant and sustainable design concepts for San Francisco’s Federal Building. The building uses natural ventilation and is engineered so that vents slam shut in case of an explosion. Image source: Hinman Engineering.Contreras-Vidal, an electrical and computer engineering professor at the University of Houston, doesn’t seek to define that mystery. Instead, he hopes to quantify why humans respond to art and what happens inside the brain while an artist is creating a piece. He also intends to find out why specific humans respond to certain types of artistic expression but not to others.

He began studying the interaction of art on the mind in his duel role as director of the Laboratory for Noninvasive Brain-Machine Interface Systems at the university. His research will help the lab develop brain-machine interfaces for people who use prosthetic limbs and other devices to help manage a disability. The interface might help a paralyzed user control his or her limbs through neuron activity without the need to consciously think about the movement, just as people with normal ranges of motion do.

But artists and engineers may benefit equally from what the lab discovers as each learns how the other sees the world. This could aid them in future collaborations, says James Rosengren, deputy director of the Blaffer Museum in Houston. “The kind of creative thinking required to solve today’s complex challenges is embodied in interdisciplinary investigation,” he says. 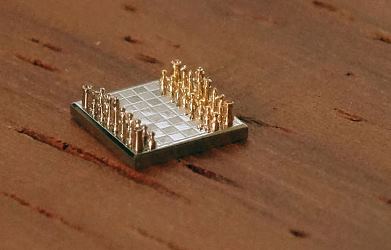 How the Brain Perceives

As part of its work to develop a brain interface, the lab team needs to understand certain fundamentals about how the brain works. That includes how brain activity changes in a real setting and within various contexts. Most studies have been done in a lab or in a clinical setting under restrictive conditions such as having people react to images on a computer screen, Contreras-Vidal says. During the Renaissance, however, science and art were more closely related. So why not use the tools of science to understand art’s effects, he says. “To understand how brain activity is affected by mood and emotion and level of fatigue and medication we need to acquire data from many participants,” he says. One way to do this is to record many participants in a real setting by visiting public venues like museums. 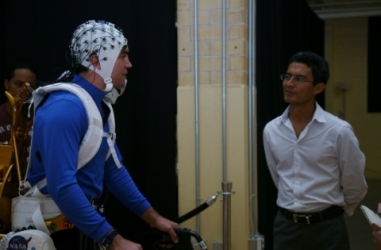 Jose Contreras-Vidal (right) says “I intend to find out.”Last year, he and his team looked at the neural activity of 450 volunteers who wore caps that measured their brain activity as they viewed the work of conceptual artist Dario Robleto, which was exhibited at the Menil Collection museum in Houston. The team will soon publish their findings.

Museum volunteers gave his lab access to a large demographic cross-section of the Houston area that included people of different ethnicity, age, sex and education. Contreras-Vidal and Robleto began working together shortly after their first meeting.“We started thinking about an experiment that would combine our expertise,” Contreras-Vidal says. “I wanted to get the data points to start looking at what makes a person unique, at least in the context of aesthetic experience, and he was interested in the differences in how people react to art.”

In early 2016, Contreras-Vidal’s laboratory will begin to study a single artist at work, capturing Jo Ann Fleischhauer’s brain activity via electroencephalography (EEG) as she creates a large-scale installation piece. 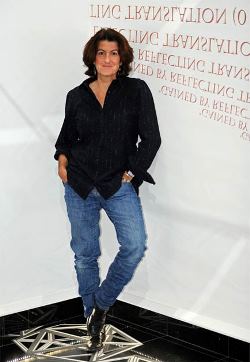 Jo Ann Fleischhauer says “maybe.”Fleischhauer creates these installations for “off-beat,” nontraditional spaces like a biomedical engineering building, a grove of trees, or a Victorian house. In fact, she was the artist-in-residence at the University of Texas Health Science Center’s Department of Nanomedicine and Biomedical Engineering from 2010 to 2012.

For her next project, she’ll wear a 3D-printed headset fitted with 64 sensors for 12-18 months. The headset, which she’ll wear for as many as eight hours a day, will track brain activity as she thinks about, designs and produces an architectural structure. The residency and her upcoming collaboration have her thinking about whether the thoughts of artists and engineers differ as they go about their work. “Is there a true intersection between art and science?” she asks. “I don’t know. I find that scientists think a little differently than artists do.”

After learning of his earlier work, Fleischhauer approached Contreras-Vidal about studying the long-term artistic process. She too was curious to learn about how the act of creation influences neural activity, or vice versa. She hopes the brain activity monitor will capture her “a-ha” moment—that instant when her ideas come together and she finds clarity. Doing so may help others, including those who will use the brain-interface devices the University of Houston lab hopes to develop.

Osamu Kobayashi's art mimics his work and interests as a mechanical engineer. For him, art and engineering cannot be teased apart. His projects call upon both sets of skills. “Everything is art; everything is engineering. I can never separate them,” Kobayashi says. Even when making small objects, he applies the same process he would use in engineering. “It's step-by-step and involves doing many tests and making prototypes.”

He’s currently at work on a small kinetic sculpture inspired by the Dutch artist Theo Jansen, who creates Strandbeest, which are large objects made from PVC that are able to move on their own. Kobayashi’s own “beest” is the very opposite of large: his beest’s universal joint is 0.65 millimeters in diameter. “The width of the pair of legs is only about 8 millimeters and my beest will have five pair of legs and it will walk, if it goes according to my plan,” he says. No tools exist for handwork at this scale, nor do standard methods of craftsmanship. Kobayashi develops his own techniques and makes his own tools.

Art and engineering also are intertwined for Hinman, the blast engineering consultancy president. “I work with people who have been educated in places other than the United States,” she says. Something about the way Eastern Europeans were taught engineering, it’s almost taught as a creative process, she says.

“I think in the United States, somehow we’ve beaten the artistry out of our engineers. Other cultures have not.” Like other engineers and artists, ideas excite her. That’s how she expresses creativity in her work. “I dwell in the realm of creative ideas which is, in art, very similar.”

The same may be true of many engineers, she says, whether they actively think about it as creative expression or not.

By posting a comment you confirm that you have read and accept our Posting Rules and Terms of Use.
Advertisement
RELATED ARTICLES
Art, Architecture and Science Create an Immersive Experience on an American Lake
Team creates songwriting system that can mimic style of specific artists
A homemade Iron Throne and other welded art
Artist builds AI robot that can paint landscapes
Innovation, Engineering and the Arts
Advertisement