Researchers have developed a new approach to reducing stomach fat. This approach has shown promise in initial laboratory trials. 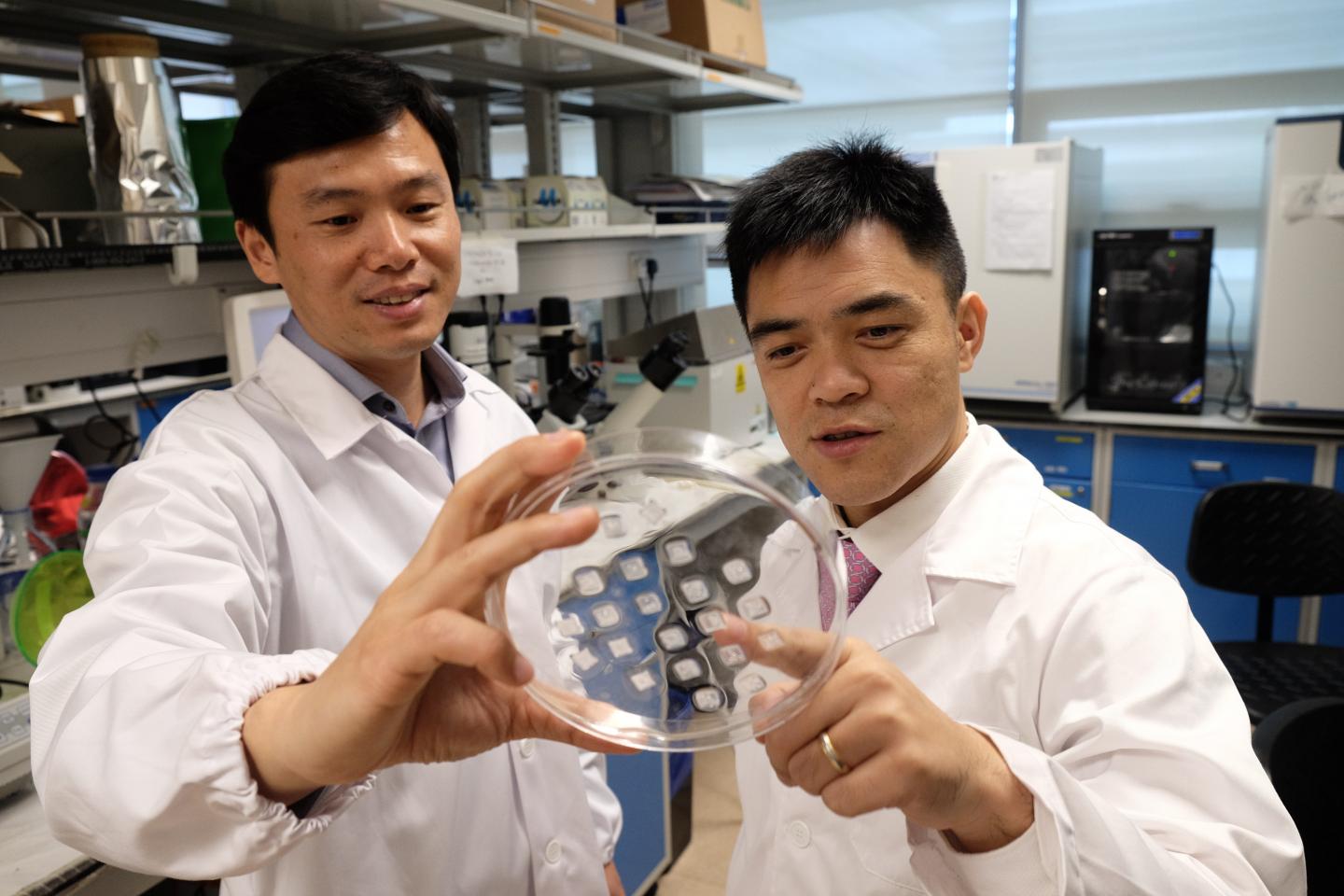 The new approach combines a new way to deliver drugs to the body through a micro-needle patch that has drugs that are known to turn energy-storing white fat into energy-burning brown fat. Developed by scientists from Nanyang Technological University, Singapore (NTU Singapore), this technology reduced weight gain in mice that are on a high-fat diet and their fat mass by more than 30 percent over a four-week trial.

The new type of skin patch has hundreds of micro-needles that are thinner than a human hair and are loaded with the drug Beta-3 adrenergic receptor agonist or another drug, thyroid hormone T3 triiodothyronine.

When the patch is applied to the skin for about two minutes, the micro-needles become embedded in the skin and detach from the patch, which is then removed.

Brown fats are found in babies and they help to keep the baby warm by burning energy. As humans age, the amount of brown fat in the body lessens and is replaced with visceral white fats.

NTU Professor Chen Peng and Assistant Professor Xu Chenjie, leaders of this research, say that this approach could help address the worldwide obesity problem without having to resort to surgical operations or oral medication, which often requires large dosages and could have serious side effects.

"With the embedded microneedles in the skin of the mice, the surrounding fats started browning in five days, which helped to increase the energy expenditure of the mice, leading to a reduction in body fat gain," said Xu, who focuses on research in drug delivery systems.

"The amount of drugs we used in the patch is much less than those used in oral medication or an injected dose. This lowers the drug ingredient costs while our slow-release design minimises its side effects," Xu said.

Obesity is a major health risk factor for many diseases, including heart disease, stroke and type-2 diabetes. The World Health Organization estimates that 1.9 billion adults in the world are overweight in 2016, with 650 million of them being obese.

"What we aim to develop is a painless patch that everyone could use easily, is unobtrusive and yet affordable," said Chen, a biotechnology expert who researches on obesity. "Most importantly, our solution aims to use a person's own body fats to burn more energy, which is a natural process in babies."

Under the leadership of the two scientists from NTU’s School of Chemical Biomedical Engineering, research fellow Dr. Aung Than conducted experiments which showed that the patch could suppress weight gain in mice that were fed a high-fat diet, and reduce their fat mass by over 30 percent in four weeks.

The treated mice have significantly lower blood cholesterol and fatty acid levels compared to the untreated mice. Being able to deliver the drug directly to the site of action is a huge reason why this product is less likely to have side effects than orally delivered medication.

The team estimates that the prototype patch had a material cost of about $3.50 USD to make, which contains beta-3 adrenergic receptor agonist combined with Hyaluronic acid, a substance that is naturally found in the human body and commonly used in products, like skin moisturizers.

The beta-3 adrenergic receptor agonist is a drug that has been approved by the U.S. Food and Drug Administration and is used to treat overactive bladders, while T3 triiodothyronine is a thyroid hormone commonly used for medication for an underactive thyroid gland.

Both of these drugs have been shown in other research studies to be able to turn white fats into brown fats, but their use in reducing weight gain is hampered by potentially serious side-effects and drug accumulation in non-targeted tissues if conventional drug delivery routes are used, like through oral intake.

NTU’s Lee Kong Chian School of Medicine Associate Professor Melvin Leow, who was not affiliated with the study, said that it is an exciting development to be able to attack obesity through the browning of white fat, and the results were promising.

"These data should encourage Phase I Clinical studies in humans to translate these basic science findings to the bedside, with the hope that these microneedle patches may be developed into an established cost-effective modality for the prevention or treatment of obesity in the near future," said Leow, an endocrinologist.

The paper on this research was published in the journal Small Methods.