Biomass for Energy: Yes or No? 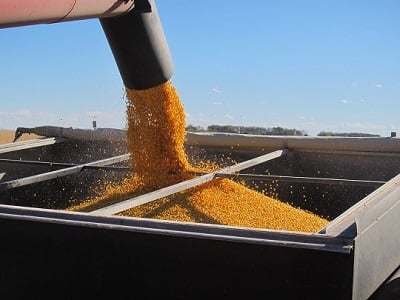 Biomass energy credits have been met with opposition. In 2016, 5 percent of the primary energy production in the United States was produced from biomass energy. But what is biomass energy? Is it a carbon neutral energy source, and should the government be subsidizing the costs to produce biomass energy?

Biomass energy is produced from organic materials such as wood, agricultural crops, biomass waste and refuse. These materials can either be burned, supplement petroleum fuels through cogeneration such as a fluidized bed or be refined into a biofuel such as biodiesel, ethanol or methanol.

Biofuels represent the largest energy source from biomass. They have been and are still subsidized by the Bioenergy Program for Advanced Biofuels (BPAB) program, and despite the fact that BPAB was designed to provide funding for the development of next-generation advanced biofuels from non-food sources; over half of all BPAB funding was awarded to the mature fields of soy biodiesel and corn ethanol facilities between the years of 2009 to May of 2016.

The troubling statement that biofuels are a carbon neutral fuel source may have given rise to the most opposition. It is true that biofuels recycle carbon from reservoirs that have a short residence time as they do not release atmospheric CO2 from deeply buried sediments, but to say that they are carbon neutral may be a little far-fetched.

Food crops used for biofuel production are fertilized and tilled, and grasslands that are converted into cash crops for ethanol production result in greater greenhouse gas (GHG) emissions. Fertilizer production and fossil fuel used for farming are other significant GHG emission sources. There are also additional upstream inputs required to produce ethanol. Distillation and fractioning of ethanol require significantly more energy than it takes to refine crude oil from underground reservoirs and is commonly produced using natural gas.

The valuable by-product of ethanol production then includes carbon dioxide and stillage. The amount of CO2 that is generated from an ethanol plant that produces 50 million gallons of ethanol equates to 150,000 metric tons of carbon dioxide.

In the last line of defense, it may be true that on a volumetric basis ethanol produces less atmospheric CO2 than gasoline, but on an energy normalized basis you produce upward of 7 percent more carbon dioxide when E85, a fuel blend comprised of 15 percent ethanol and 85 percent gasoline, is consumed, as one gallon of ethanol produces 30 percent less energy than gasoline.

This net increase of carbon in the atmosphere from the combustion of ethanol is not considered a source of atmospheric CO2 or a GHG emission as when growing the crop. The carbon is then cycled back out of the atmosphere. It is, however, an increased flux rate, and, as previously mentioned, the changes in land use to produce corn ethanol often increase the amount of GHG generated.

Ethanol and other biofuels have decreased the United States dependency on fuel imports. It has also been proven that the net carbon footprint of biofuels is less than petroleum based fuels, but biofuels are not carbon neutral.

To date, nearly one billion dollars of government subsidies have been given to build the infrastructure necessary to produce biofuels and to meet the current Renewable Fuel Standard (RFS), which requires 15 billion gallons of corn ethanol to be blended with gasoline between the years 2015 to 2022. The opposition wants to end all funding for the production of ethanol, but this would only amplify the unintended consequences that have risen from ethanol production.

In the absence of government subsidies, the price of blended fuels and U.S. food crops would increase. The government’s involvement in advanced biofuels in this sense is justified. The debate as to whether biofuels are a carbon neutral energy source is irrelevant, and the opposition would be best off addressing the development of other alternative energy sources, including photovoltaic solar cells, wind farms and fuel cells, which are better suited to meet future energy demands.

By-products: The Key to Ethanol’s Struggles

Federal Subsidies for Corn Ethanol and Other Corn-Based Biofuels