3D-Printed Microscopes for the Developing World 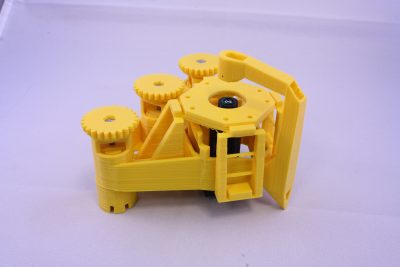 Funded by the Global Challenges Research Fund, the project aims to improve the access to open source devices such as microscopes to people in developing countries for disease diagnostics and scientific research.

Researchers are currently testing an optical microscope prototype created from mass produced lenses, a Raspberry Pi mini-computer and a 3D-printed plastic frame. Such a prototype, according to researchers, can be manufactured without significant start-up funding.

Typically, these devices are both expensive and in great demand in regions of the developing world where they are the primary tools to help identify dangerous parasites in blood and water samples.

According to Dr. Richard Bowman from the Department of Physics at the University of Bath: “I think we’re quite used to the idea of open source software, but not necessarily open source hardware. With consumer electronics being so cheap nowadays we can actually get a surprisingly long way and make a high-quality instrument for serious microscopy."

“By releasing the designs as free, open-source products we want to enable local entrepreneurs to produce the medical and scientific equipment that will improve healthcare, education, and research in some of the poorest areas in the world.”

Researchers will continue to test the microscope, which is already capable of magnifying up to 1.5 millionths of a meter.

By posting a comment you confirm that you have read and accept our Posting Rules and Terms of Use.
Advertisement
RELATED ARTICLES
Watch: Low-cost microscope is 3D printed
Your Smart Phone as Medical Lab Instrument
Use Legos and cheap lenses to build this microscope
Student-designed pump cuts diagnostic microfluidics cost
MEMS-based Microscope Shrinks Inspection Equipment Cost
Advertisement