The Ignalina Nuclear Power Plant (INPP) in Lithuania has taken another step forward in the decommissioning process with the start of hot trials, using radioactive materials, of the new Solid Radioactive Waste Management and Storage Facility. The development was announced by the European Bank for Reconstruction and Development (EBRD). 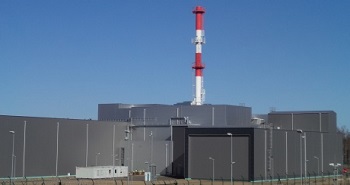 Known as the SWMSF B2/3/4 Project, the facility will provide INPP, which was shut down in 2009, with the means to retrieve, characterize, sort, transport, pack, and store the short- and long-lived radioactive solid waste accumulated during power plant operation as well as waste generated during the decommissioning process. It was built by Germany's Nukem Technologies at a cost of about €200 million ($224 million USD).

The waste management and storage system complies with the new requirements of the laws of Lithuania, EU standards and IAEA recommendations. After the trial period, industrial operations are scheduled to begin in June 2018.

By posting a comment you confirm that you have read and accept our Posting Rules and Terms of Use.
Re: Hot Tests Begin at Radioactive Solid Waste Facility
#1

What is the real cost of global civil nuclear power production of electricity since the beginning of time? Given all the tweaks of fission energy extraction of whatever maybe radioactive going forward, what is a credible real world cost for the cradle to grave of all nuclear-necessary components and fuels? I sense a yawn response, with, ''But nuclear is carbon neutral."