Charging an Electric Car Without the Plug 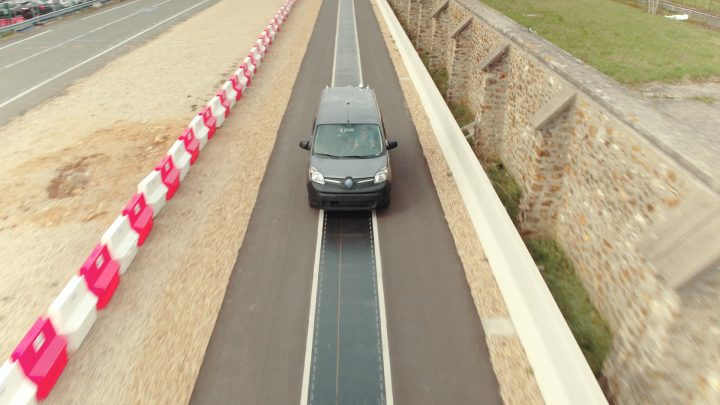 Renault Kangoo Z.E. is an electric van, chosen for these tests. Source: RenaultAccording to car manufacturer Renault, electric cars of the future will be charged without a plug.

Currently, electric cars can drive long distances on a single charge, but attaining a charge takes a significant amount of time.

Renault envisions a future where a significant amount of charging won’t be necessary due to wireless charging technology. For instance, charging an electric car in the future might only require parking your car in the driveway over a device concealed by pavement or by driving through a specialized charging station.

Renault, Qualcomm Technologies and Vedecom have joined forces to make this vision a potential reality by developing a wireless electric charging track that charges vehicles passing over it. The device can charge cars driving up to 100 kilometers per hour and the companies have already constructed a 100-meter stretch of road incorporating this technology for testing purposes.

Ideally, a person driving over certain streets outfitted with the technology would be able to charge their car without having to park (or even slow down) and plug the vehicle in.

However, details need to be worked out before incorporating the technology into a city’s infrastructure (where most electric cars live). For instance, researchers haven’t yet addressed who would pay for the electricity required to run the system. They also didn’t work out who would be responsible for maintaining and servicing the roads and the technology. Additionally, researchers aren’t even sure if the technology is cost-effective or if the strong magnetic fields might damage the electronics built into the cars.

By posting a comment you confirm that you have read and accept our Posting Rules and Terms of Use.
Advertisement
RELATED ARTICLES
EV wireless charging moves closer to reality with Volvo investment
How Will We Handle So Many Electric Cars in the Future? – The Netherlands, A Case in Point.
Automakers, Utilities Test Cloud-based EV Charging Control
Google Leads Technology, Testing, Software Development for Autonomous Driving
Fill ‘er Up: Building the EV Recharge Infrastructure
Advertisement