Autonomous driving continues to be one of the most widespread research and development activities within the global automotive industry as automakers and technology companies work to put advancements into production and implement them for on-road testing and approvals.

A recent report from IHS Automotivesays that companies like Google and others are currently working toward solutions in the autonomous vehicle space, while “car- as-a-service” organizations like Uber, Lyft and others are set to create disruption and add operational expertise that will "significantly influence" autonomous vehicle development and consumer consideration in the next decade.

It’s well known that self-driving and driverless cars are inevitable, IHS says. It is only a question of time in bringing various options to market for consumers, and gaining their acceptance. The report outlines future scenarios for Google and others in the auto industry as they continue technology developments toward autonomous driving. 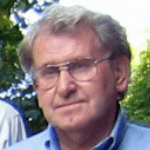 gil Juliussen, senior research director, IHS Automotive.On the other hand, IHS says that Google leads the revolutionary approach and will have a "major impact" in the coming years. Uber is also beginning to implement some of its own R&D in this arena as it works toward solutions for the next stage of its disruptive transportation strategy.

The key to self-driving cars is a software that can interpret all of a vehicles’ sensors and learn to mimic the driving skills and experiences of the very best drivers, the report says. Google is the current technology leader in this arena, according to IHS Automotive estimates, which suggest the technology company has invested nearly $60 million so far in autonomous vehicle research and development, at a run rate of nearly $30 million per year.

Unlike traditional vehicle manufacturers, Google also has the ability to leverage adjacent technologies and learnings from its other projects and investments, including robotics, drones and related technologies that help automotive operations, such as neural networks, artificial intelligence (AI), machine learning and machine vision. This provides Google researchers additional expertise not available directly to traditional OEMs.

“No other company has as much relevant technology to advance autonomous driving software,” says Egil Juliussen, senior research director at IHS Automotive and author of the report. Toyota’s early November announcement of a $1-billion, five-year investment in AI, driverless cars and robotics is likely partly due to Google’s rapid technology advances, IHS says.

From this perspective, Google’s self-driving car software is already performing better than nearly all drivers in the "vast majority" of traditional driving situations, at least in good weather. However, as it continues its development, Google still must discover and teach its software the “once-in-a-million” events such as performing under diverse weather conditions, unique roadwork, specific traffic situations and other nontraditional driving situations.

“Google is in a unique position to leverage adjacent technologies for developing self-driving car software,” Juliussen says. “And its strategy and goal is to provide the software and map infrastructure to allow mobility services to anyone -- via fleets of driverless cars -- within a decade or less.”

As a result, the car-as-a-service approach may see significant opportunity. Currently, these services require drivers. In the future, it is "exceedingly likely" that these and similar services may be able to operate with a driverless approach.

Car-as-a-service (CaaS) opportunities are becoming a new driving force for urban transportation. CaaS is essentially an extension of car-sharing, but via driverless vehicles. Google’s strategy is to provide the technology infrastructure, maps and software to make CaaS happen sometime after 2020. IHS Automotive analysts say they believe that Google is currently developing the software and maps that can be the basis for driverless vehicles in five years or so.

IHS estimates that the deployment of driverless CaaS will begin before 2025 and will have increasing impact as technology advances and driverless car volumes grow. In addition, autonomous driving and the associated costs will "dramatically lower the cost" of mobility services as a whole.

CaaS also will provide car mobility services for anyone, since no driver’s license is needed and it will be an affordable transportation solution for a large portion of the global population. IHS Automotive estimates there are currently 6.2 billion people globally without a driver’s license, or nearly 85% of the world’s population. Driverless cars can also provide mobility services for packages and other goods requiring transportation.

IHS Automotive currently forecasts that nearly 12 million self-driving and driverless cars will be sold globally in 2035, which will reflect about 10% of total global light vehicle sales. With continued increasing R&D activities in autonomous driving technologies, the current forecast could be too low.

Driverless cars and future mobility services based on them will also provide a major opportunity for electric vehicles. Driverless car mobility services will mostly happen in urban areas and will primarily be short trips. These characteristics favor EVs as the powertrain for driverless cars; they can easily re-charge themselves using existing and growing public charging networks as needed between trips, which eliminates any range anxiety. IHS Automotive forecasts that global EV charging stations will grow from 650,000 in 2015 to more than seven million in 2021, excluding home charging outlets.

Mega-cities and other large urban areas in the future also will prefer the low emissions of EVs and as a result, should be keen to implement fleets of driverless EVs in their communities. Added benefits of EVs as part of CaaS may also lower congestion and help to resolve other traffic-related challenges.

IHS Automotive forecasts that the global production of battery EVs will grow from 273,000 in 2015 to 1.3 million in 2022. Global production of plug-in hybrid EVs is projected to grow from 179,000 in 2015 to over 2.4 million in 2022, according to IHS estimates. Driverless car fleets for CaaS are likely to greatly increase the sales of EVs after 2025.

By posting a comment you confirm that you have read and accept our Posting Rules and Terms of Use.
Advertisement
RELATED ARTICLES
Google Driverless Cars Could Reach Roads in 5 Years
Who Is Supplying Components for Google's Self-driving Car?
Waymo Purchasing Up to 62,000 Chrysler Pacifica Hybrid Minivans
Autonomous Vehicles Adapt to Infrastructure Challenges
Google Patent for Pothole-Avoiding Sensor Technology
Advertisement