How Will We Handle So Many Electric Cars in the Future? – The Netherlands, A Case in Point. 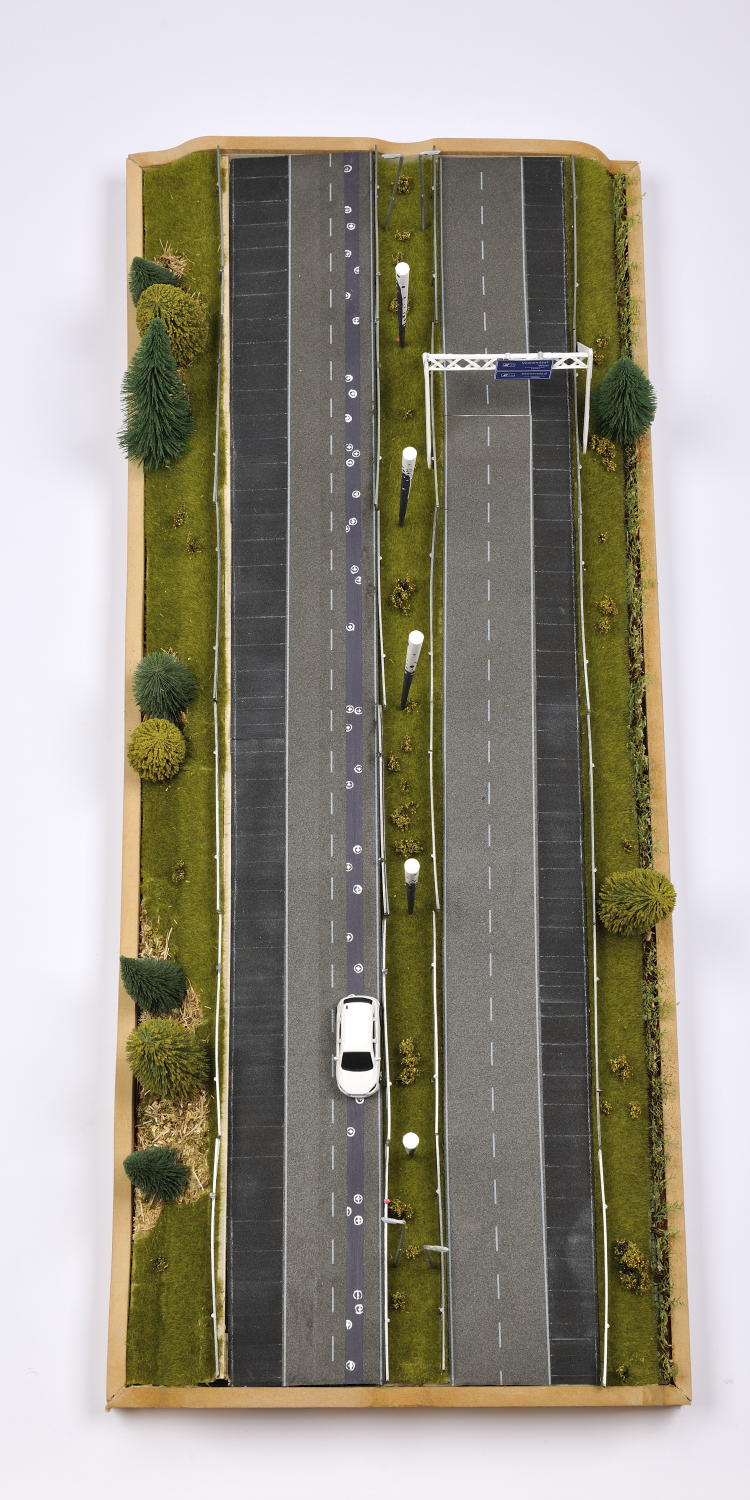 The depiction of a road with inductive charging systems. Credit: TU DelftThe number of electric cars in use is increasing exponentially in most developed countries. In the United States, federal and state incentives are a boon to the industry that has been selling plug-in vehicles at a very high rate.

In smaller countries, like the Netherlands, the “explosion” is bigger in comparison to the size of the population, and the need to provide charging stations is an important problem to solve. In 2017 there are 120,000 plug-in vehicles in the Netherlands, and by 2025 it is expected they will have over one million. This roughly represents 15% of all types of vehicles.

This is very commendable from the point of view of “preserving our planet.” However, without planning, this situation can bring chaos to the electric grid, the cost of energy, the beauty of the cities, and the comfort of its citizens. In advance of the time that this chaos may unravel, a team of researchers at the Delft Technical University (TU Delft) in the city of Delft, Netherlands, lead by Professor Pavol Bauer, are planning a good infrastructure for electric transport in the Netherlands.

"If 5 percent of one million cars start charging simultaneously, that would double the national peak power (30 gigawatts). This scenario is utterly unrealistic, our grid is not equipped for that" says Bauer. “While electric cars come ready-made from factories, the infrastructure to charge and drive them is up to us,” he argues. "One million electric cars also mean one million charging stations. Do we want to sacrifice our historic inner cities to endless rows of glowing blue pillars? I would find that inappropriate in city centres like Delft or Amsterdam. I would urge using inductive charging, which has no visual impact on the environment."

Inductive charging. This is the technology that transfers power wirelessly between two objects through electromagnetic induction. Bauer has been working on inductive charging stations since 2010. His proposed system consists of a coil embedded in the road that transfers power to cars above it. Bauer envisions using coils embedded in tiles as charging points to make charging infrastructures almost invisible. How about electric taxi lanes? For Bauer, a row of a few meters of inductive tiles can be the pavement where electric taxis charge while advancing to the head of the line. After a trip, When the electric taxi returns, it moves in the line row to start the next charge. “For autonomous cars, an inductive charging lane would also be ideal as the cars would not have to be left at set plug-in points,” Bauer says.

“Integrating electric vehicles into the power grid properly means using green current from solar and wind energy,” explains Bauer. “Only green electricity would reduce CO2 emissions to practically zero. Using mixed power, an electric car produces about half the carbon dioxide that a combustion car does. A test set-up in the lab simulates the charging of electric cars using the solar energy from a roof in an industrial estate. A smart multiplex system directs the solar power to each of the cars consecutively,” he adds.

Dynamic charging. Bauer and his team recommends intalling solar panels on the “highway of the future” in such a way that vehicles will not need to stop in order to charge. This is the concept of “dynamic charging.”

By posting a comment you confirm that you have read and accept our Posting Rules and Terms of Use.
Re: How Will We Handle So Many Electric Cars in the Future? – The Netherlands, A Case in Point.
#1

There are big problems with inductive charging: the magnetic field, and thus the power available, drops with the square of the distance. If the inductive coil on the bottom of the car is more than a few centimeters from the coil in the road, it sees very little of the power available. This means that unless the transmitting and receiving coils are almost touching, power is lost in the magnetic field that the receiver never sees.

The other problem is drag. Slide a magnet over an aluminum plate. The moving magnetic field creates a current in the aluminum, just like the inductive charging principle. That causes resistance to the motion of the magnet. Likewise, the cars will be slowed by the very charging mechanism that is supposed to make them go!

Inductive charging is a good solution for stationary charging. It eliminates the need for high current conductors and connectors. It is easy to implement a close connection between the inductive coils when they are not moving at highway speeds.

Re: How Will We Handle So Many Electric Cars in the Future? – The Netherlands, A Case in Point.
#2

Another concept might be the elimination of cars altogether. An electric Pod system would be cheaper, require no roads, be available for everyone, and would require no drivers.

Re: How Will We Handle So Many Electric Cars in the Future? – The Netherlands, A Case in Point.
#3

Magnetic field on axis of a circular coil falls off in a rather more complex way than square law. You're in the near field and when the spacing is greater than one diameter the h-field fall-off (on axis) is closer to cube law. For a spacing of 0.1D the fall-off is only about 0.5dB.

Re: How Will We Handle So Many Electric Cars in the Future? – The Netherlands, A Case in Point.
#4
In reply to #3
DavidSMullins

Good to know. So, if we had a 1 meter dia. coil in the road the receiving coil would need to be 10 cm above the road surface. Not bad but too close for vehicles that will ever venture from the pavement.

Then, at highway speeds, say 25 meters per second, each coil would be under the vehicle coil for 1/25th of a second and axially aligned for only a fraction of that time. If you give axial alignment the same ±10 cm, they would be aligned for 8 mS. A significant portion of the time, this would occur near the zero crossing of the AC, so there would be very little magnetic field. Higher frequencies could be used but the coil needs to be designed to operate at that frequency and magnetic flux diminishes with frequency.

A solution might be to use DC to power the coils and space them with alternating polarity so that the motion of the vehicle causes the receiving coil to "see" an AC field.

Now, you still have the problem of the drag on the vehicle. Can the system deliver more power to the vehicle than the drag that magnetic fields cause?

Re: How Will We Handle So Many Electric Cars in the Future? – The Netherlands, A Case in Point.
#5

Is something off by a factor of 10? Or maybe by "doubling" he means to 30 Gigawatts, so 15 GW for the EVs, but that's still 300 KW demand. And most people wouldn't be charging that fast, they will charge overnight.

I think there are lots of problems with EVs, but I can't see them creating too much of a problem for the grid, unless lots of people want to charge while at work on a hot day with lots of A/C demand. Night time charging makes sense for many, can be spread over many hours while demand is low.