We all know that come spring, our paved roads are full of holes, normally due to the winter. Potholes are also produced by heavy rain, high transit, heavy vehicles, and other problems. Every time there is a new hole, we have to rush to fix it by filling it with more asphalt. 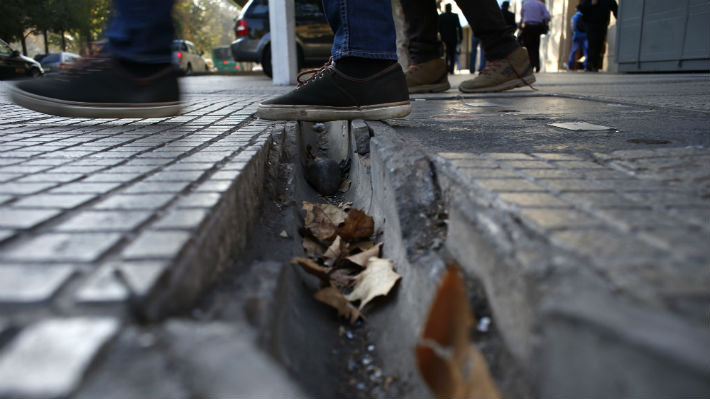 These asphalt problems affect dozens of countries around the world, rich and poor alike. This, however, may soon become a problem of the past. A group of researchers led by Professor Erik Schlangen of Delft University of Technology in the Netherlands believe they have found a solution through a street-building material that "repairs" itself.

Most of the streets are paved with asphalt because it is easy to implement and also has a porous surface that is able to absorb, at a certain rate, the noise of vehicles passing by. Also, the porosity allows water to filter through, so less accumulation of water is present on the surface of the road. However, this is precisely this condition that makes it vulnerable to "events" that end up causing accidents or simply increasing congestion to the daily traffic when they need to be repaired.

Erik Schlangen, a materials scientist at Delft University of Technology in the Netherlands, a professor of civil engineering and a pioneer of experimental micromechanics, who focuses on making industrial materials more durable, created a new material alloy that blends traditional asphalt with tiny steel wool fibers, transforming the asphalt into a conductive material. Once the asphalt is damaged, it can be repaired just by heating it with an induction heating machine. An expert can “heat” the road with an induction machine to heat the surface and thus to make the cracks to repair.

While Schlangen agrees that it is not really a "self-healing" material, since it needs the "help" of a machine, it does ensure that it is an easier process than traditional route repair.

When Schlangen and his team introduced the material to the Netherlands government, they were “given” a piece of asphalt on the A58 road near Vlissingen in the Netherlands, with the hope that it can be used in future roads all over the country. Now, in 2017, this material has already been tested on 12 routes in the Netherlands, one of them open to the public since 2010, and after seven years of operation continues in perfect condition. Schlangen comments that in the coming years, the track will really begin to show its capabilities of "self repair" against traditional asphalt. Regarding its cost, the team behind the research says that although it has approximately 25% more of the cost of traditional asphalt, its useful life is able to duplicate that of the material that is currently used in most countries.

A video presentation by Schlangen can be seen here:

By posting a comment you confirm that you have read and accept our Posting Rules and Terms of Use.
Advertisement
RELATED ARTICLES
April brings showers – and pothole repairs
Construction firm turns discarded milk containers into roadways
Going Beyond the Surface of Asphalt Pavement
How Are Roads Made?
Streets of Sydney are Paved in Old Printer Toner
Advertisement