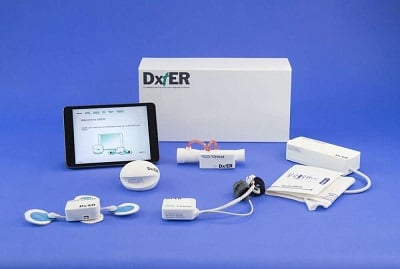 The second place Qualcomm Tricorder XPRIZE of $1 million was awarded to Taiwan-based finalist, Dynamical Biomarkers Group for a prototype which pairs diagnostic algorithms with analytical methodology in a user-friendly device, all controlled through a smartphone.

While the competition phase is over, XPRIZE and the Qualcomm Foundation announced several initiatives and additional award funding to support the two finalist teams, as well as four semifinalists, to scale the impact of their innovations through a first-ever post-competition series of investments.

By posting a comment you confirm that you have read and accept our Posting Rules and Terms of Use.
Advertisement
RELATED ARTICLES
Lunar Xprize Foundation's Moonshot Award could go to SpaceIL, Beresheet
Five Innovations That Could Change How Affordable Water Is Produced
Qualcom to Buy CSR for $2.5 billion
Google Lunar XPRIZE May Soon Award $20 Million to the First Private Team to Land a Spacecraft on the Moon
A Robot Race to the Moon
Advertisement